Women’s Day 2020: 5 Female-Centric Films You Can Binge-Watch This Weekend

Here are five empowering female-centric films, that you can binge-watch on ZEE5. Complete list inside! 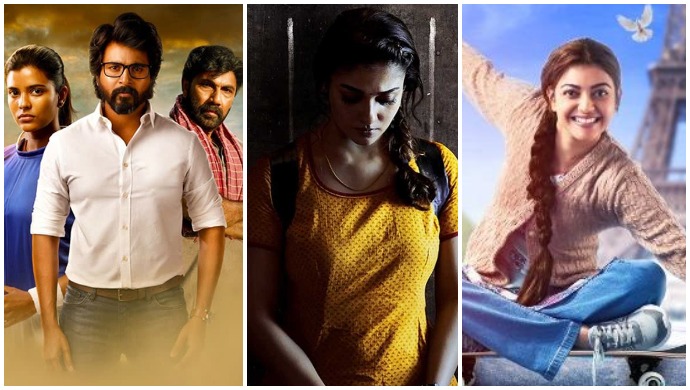 Gone are the days when women were just the sidekicks for well-known male stars. Times have now changed as women are more than eye-candy. Actresses in the past had no voice in cinematic works, but now, several filmmakers are putting forth fascinating films that are proving that female-led films too can do as well as the male-led ones. Well, it’s really great to see that modern cinema has given birth to some wonderful, unconventional, inspiring female characters that we have come across in recent times.

As International Women’s Day is just around the corner, let’s take a look at the following women-centric films that have changed the way we look at Indian cinema today.

Helmed by Nelson Dilipkumar, the black comedy crime film, which opened to positive response, hit the theaters in 2018 and went on to become a commercial success. Nayanthara, with her role as a drug peddler in the film, undoubtedly killed the notion that an actress is incapable of carrying the film on her own and needs a male co-star to be put on the map. Her remarkable acting and several whistle-worthy moments in the film surely deserve a watch this weekend.

R Madhavan and Vijay Sethupathi starrer Vikram Vedha, is a modern interpretation of the folk-tale Vikram Betaal. Directed by Pushkar and Gayatri, the film also features Shraddha Srinath and Varalakshmi Sarathkumar in significant roles as well as Kathir, Hareesh Perady and Rajkumar in the supporting roles. TGhe film focused on the characters Vikram, a cop, and Vedha, a wanted criminal prone to telling stories, much along the lines of Vikram Betaal. However, Vikram’s wife, played by actress Shraddha Srinath is pivotal to the plot. As a defense lawyer, she is often at loggerheads with her husband professionally, but she doesn’t let it impact their personal life or allow his policeman machismo to dominate their relationship. Later, she becomes the legal representative for the criminal Vedha, and becomes a conduit of sorts between the two men without actually compromising her case or ethics.

Directed by Arunraja Kamaraj, Kanaa may be the first movie that focuses on women’s cricket. The story revolves around the life of an ambitious young woman (a farmer’s daughter)  hailing from a village, who aspires to become an international cricketer. She also ends up playing for the national cricket team. The film teaches us to not only dream big but also chase the dream irrespective of the challenges life throws at us.

Kajal Aggarwal’s Paris Paris, made by film maker Ramesh Aravind, is a remake of Kangana Ranaut starrer, Queen, by Vikas Bahl. Besides Kajal, the film also features Elli Avram, Vinaya Prasad and Bhargavi Narayan in significant roles. Kajal’s character in the film teaches us how we don’t need a man to make us happy. And we are sure that most you relate to the ‘fighting spirit’ and the ‘never give up’ attitude that’s associated with the role. Don’t miss!

Helmed by Ramana Madhesh, Trisha starrer Mohini redefines what a mass-appeal movie is. It won’t be wrong to say that not just a male lead but a female lead too can deliver high octane stunt sequences and catchy punchlines. Besides Trisha, the film features an amazing line up of actors including Jackky Bhagnani, Poornima Bhagyaraj, Suresh, Mukesh Tiwari, Yogi Babu, Jangiri Madhumitha, Ganeshkar, and Swaminathan.

Check Out What Your Favourite Zee Tamil TV Stars Have To Say For The New Year!

So, which one are you planning to watch this weekend? Share your thoughts in the comment section below. Also, watch Mersal, starring Vijay in the lead role, on ZEE5.