PM Narendra Modi had first proposed the idea of International Yoga Day on September 27, 2014, during his speech at the UNGA. 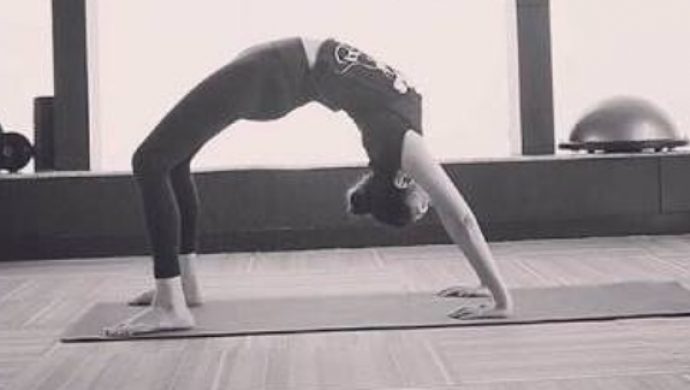 Ancient India’s gift to the world – Yoga – has now become a way of life for millions of people across the globe. Today, the world will celebrate the 5th annual International Day of Yoga to communicate the benefits of practicing the age-old form of exercise that only strengthens the body but the mind as well. Yoga is a simple way of keeping the mind and body in good shape. Some actors and sportspersons hit the gym to stay fit but there are many of those who religiously practice Yoga.

Today, on International Day of Yoga, here’s taking a look at those who have included it in their daily routine. Actresses Kajal Aggarwal and Aditi Rao Hydari do yoga regularly to stay fit.

Let’s take a look at some of their pictures:

Here’s some information about the International Day of Yoga. Prime Minister Narendra Modi had first proposed the idea of International Yoga Day on September 27, 2014, during his speech at the United Nations General Assembly.A few months later, the UNGA unanimously announced that the 21st day of June will be celebrated as International Day of Yoga. Since 2015, on this day, people from different communities, faiths, caste and creed come together to celebrate good health by embracing the goodness of Yoga in their lives.

Here’s wishing one and all a very Happy International Day of Yoga. Keep your mind and body healthy and stay fit.

And if you are a fan of Punjabi Pop Music, check out the videos streaming on ZEE5.

Amul Baby Aka Karthik Prabhu Of Sathya Is A Fitness Freak, Here's Proof