Is Boomerang An Action Thriller Or A Socio-Political Thriller?

The movie Boomerang has given equal importance to the action-packed features and the social message that it wants to deliver. 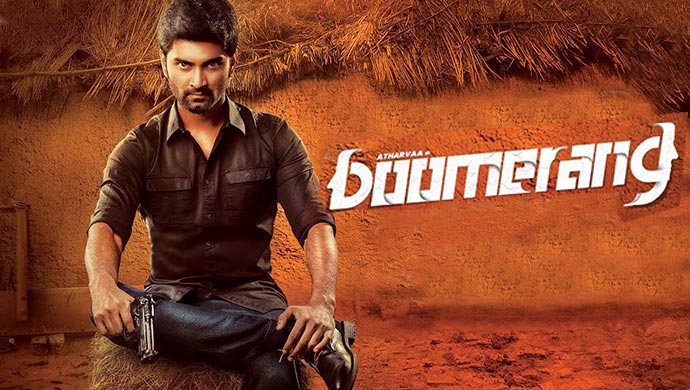 R Kannan’s Boomerang, streaming on ZEE5, is popularly stated as an action thriller which deals with some social issues of the contemporary society and how all of this affects the life Siva, a part played by Atharvaa. The film opens with the fire accident that happens to Siva and the face transplant that is done to save his life. This incident gives Shiva a new identity but with some deep and dark repercussions. As post the surgery he finds that he has suddenly become the target of a bunch of people who try to kill him.

Watch the action-packed performance of Siva in the movie Boomerang.

The fact that he has somehow managed to make new enemies intrigues Siva and he goes to find the truth about his new identity. It is then he gets to know about Shakti who had dreamt big to change the poor conditions related to farming prevailing in the villages with his plans and techniques. But he has to face opposition from some money-minded people and power hungry corporates. Thus, leading to a situation of confrontation.

In the movie, you would see that there are some very well executed action sequences which are sure to give you an action high but what must also be said is the fact that the makers of the movie do not overdo the part of fights. In fact, the movie tries to bring the viewers closer to the fact of social injustice. Thus, giving a term to this movie of being an entire action thriller would be unfair.

As this movie has given equal importance to the action-packed features and the social message that it wants to deliver. So, you could say that the blending of both these elements has given fine chemistry to the movie and then it gives the viewers a visual treat.

So what is your opinion about the movie? Do let us know about your thoughts in the section below.

Also, have you guys check out Tamil blockbusters section available on ZEE5? If not, check them out!

Watch Wanted To Witness The Love Between Radhe, A Gangster With A Mysterious Past

5 Reasons Why We are Excited About Nachiyarpuram That Begins Today

5 Things We All Can Learn From Postman's Rajini