The death of Jeyaraj and Fenix has sparked massive outrage across the nation with many in utter disbelief over the nature of the crime.  Read on. 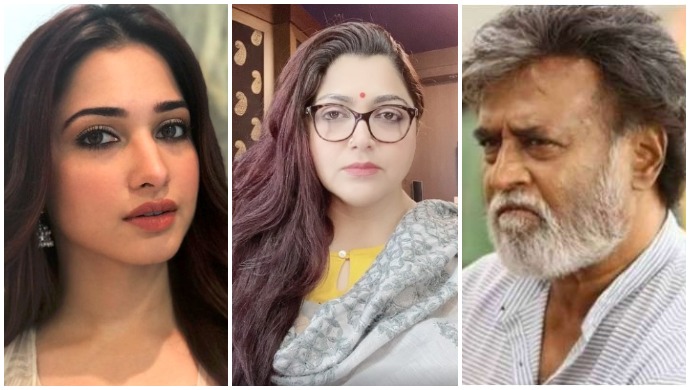 The recent custodial death of a father and son – Jayaraj and Fenix – in Tamil Nadu’s Tuticorin (Thoothukudi) has sparked massive outrage across the nation. Many people are in utter disbelief over the nature of the crime. A lot of celebrities have raised their voices in order to protest against the police brutality and demanded justice for those two innocent lives on social media.

While Rajinikanth extended his condolences to the victims’ family over a telephonic conversation, other celebrities took to the micro-blogging site to condemn the horrendous incident.

Check out the tweets here:

Will we and can we see law taking its course and punishing the guilty without any further delay in #Jeyaraj and #Fenix case? The culprits cannot and should not get away. A family has lost their most loved ones. Justice delayed is justice denied. #JusticeForJeyarajAndFenix

Devastated to hear the brutality inflicted upon Jeyaraj and Fenix #justiceforjeyarajandfenix pic.twitter.com/YP8Yvrj76s

Aghast & ashamed! How barbaric can humankind be in tough times like these? This is an insult to the very essense of humanity. Brutality in all forms & at all levels needs to stop. Justice needs to be served.The law is equal for all & nobody is above it. #JusticeForJeyarajAndFenix

This is gut wrenching,sickening and intolerable.Cannot seem to fathom how we as a society are so sick in the head.We have to raise our voice NOW.Stand in support of #JayarajandFenix #JusticeForJeyarajAndFenix cannot imagine the sorrow of the family.Heartfelt grief and condolence pic.twitter.com/JGA4cXwGFP

Humanity: the quality of being humane. I’m sharing the meaning of humanity because it seems like the world has forgotten what it means.
This dastardly act cannot be forgiven and most importantly it should not be forgotten.#JusticeforJayarajAndFenix pic.twitter.com/ckidsEWjEm

#JusticeforJayarajAndFenix
Brutality of any kind is unacceptable…
Everyone is equal before law…
All lives are precious..
🙏

For the uninitiated, Jeyaraj and Fenix, who ran a mobile phone shop in Tuticorin (Thoothukudi), were arrested last Friday (June 26, 2020) for keeping their shop open beyond permitted hours. Jeyaraj, Fenix were severely beaten to death by police personnel at the Sathankulam police station, alleged their relatives. The father-son duo’s murder only caught the attention of the media after singer Suchitra Karthik Kumar spread the news on social media in a viral video, where she revealed this inhumane act.

Share your thoughts on this brutality inflicted upon Jeyaraj and Fenix in the comment section below. Stay tuned!

If you’re a fan of Tamil films, you must check out Vijay Starrer Mersal, currently streaming on ZEE5.

Harish Kalyan Turned 30; Here’s What The Actor Wished On His 2020 Lockdown Birthday