Each scene of the movie is a gripping moment that leaves you with anticipation of what you might find in the next. 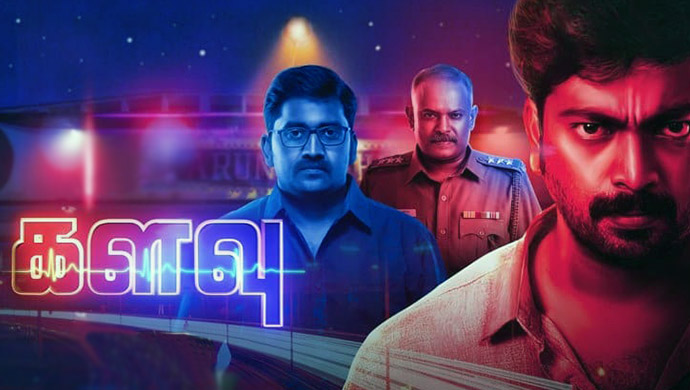 If you have watched Kalavu, you will agree that the story is built around theft and an accident related to it. In the movie we see Kalaiyarasan playing the part of Sujeeth and Karunakaran essaying the role of Gautham. While the scripting and editing of this fast-paced thriller are very well executed, the contribution of the leading actors is something worth mentioning.

Watch the struggle of three youngsters as they try to prove their innocence, in the movie Kalavu.

In the movie, over the course of the story, one thing that consistently comes across to you as an audience is the fact that you cannot just afford to lose the string of events, for each scene is a gripping moment that leaves you with anticipation of what you might find in the next. The true beauty of the movie is that you are given bits and pieces of the story and then when you see a pattern, you are left awestruck.

Also, the fact that the filmmakers have anticipated the most common outcomes and predictions that a viewer would have in mind and working against it to break the stereotypes is an applaudable effort. So, when you would see Gautham trying to get back at his wife, for having cheated on him, the character behaves in the most unexpected ways to find a solution.

Similarly, given the background of Sujeeth, we expect him to stay away from the trouble once he is out of the police custody but on the other hand, goes in search of it as he tries to solve the case of theft that he was wrongly accused of. In the same tone when we anticipate Sujeeth’s father to create a ruckus out of the situation of Sujeeth’s arrest but his reaction and his concern for his son changes the whole scenario. Thus, we see that the movie is filled with such surprising scenes and twists which are not anticipated.

Which was your favourite part of the film? Do let us know in the comments section below!

Watch The Lovely Mrs. Mookherjee Which Addresses The Issues Of Patriarchy