Time is of essential relevance in Kalavu and it plays a vital role in all the events that occur through the course of the movie. 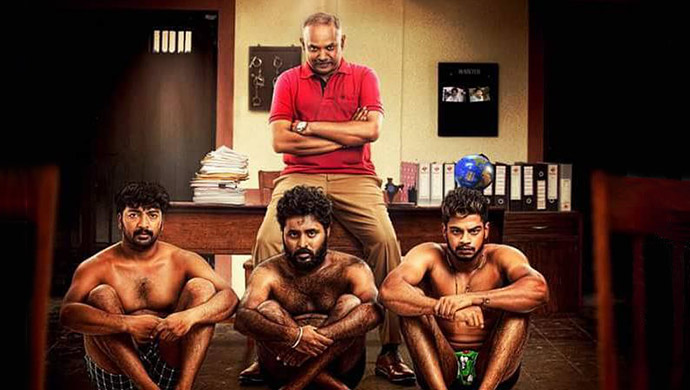 Kalavu is Tamil crime thriller which you can watch on ZEE5. In the movie, we see Kalaiyarasan playing the part of Sujeeth, Karunakaran as Gautham and Venkat Prabhu as the police inspector. Like any other crime thriller story, this movie has all the elements which would constantly keep you on the edge of your seat. But a significant impact that the movie will have upon you is thanks to the way the scripting and the narrative are set.

Watch how the simple life of Sujeeth is overturned with just a small wrong decision that he makes.

Kalavu is a movie about timing, everything happens in the movie at a fast pace and in a manner, which essentially points at the direction of the fact that in the movie, time is of essential relevance. For that matter, the sequences of the movie are so well constructed and interdependent that if you were to change even one single event from the movie every other thing would have a different outcome.

In fact, it is like the famous theory of “Butterfly effect” which talks about the inter dependency of events. Thus, one small change in Sujeeth and his friends’ plan to have drinks and go for a movie affects their plan to reach home at the right time. They are then mistaken for chain snatchers and are arrested for a robbery.

This applies to the fact that how lying of the characters in the movie affects the course of the events. So, when the son lies to his parents, his life becomes so complicated that he finds it hard to escape from its grasp. In the same manner, in the movie, when a wife lies to her husband, she becomes prey to a grave accident. But with all these complex patterns it treat us with some thrilling scenes and close-cut experiences.

Have you ever experienced anything like Sujeeth and his friends in real life? Do let us know in the comments below!

Watch Omakara: A Classic Adaptaion Of The Shakespearen Drama Othello, Where Langada Plots To Take His Revenge On Omkara and Kesu

Will Sathya Stop Dreaming About Getting Married To Amul Baby Aka Prabhu?

Sembaruthi 10 July Preview 2019: Will Nandhini Kidnap Purushothaman From The Hospital?