Kennedy Club Trailer: Sasikumar And Bharathiraj Team Up For This Compelling Sports Drama

The trailer of Kennedy Club has been dropped. Starring Sasikumar and Bharathiraj, check out what the film entails. 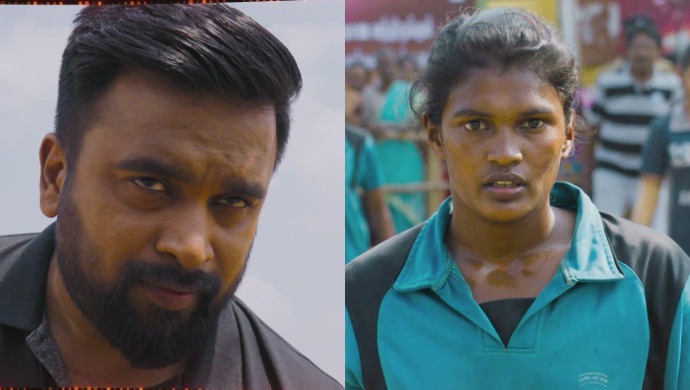 Sasikumar and Bharathiraj teamed up for a sports drama titled Kennedy Club, and you can now watch it on ZEE5! The two venerated celebrities, will be seen playing mentor and coach to a women’s kabaddi team. The film had a theatrical release earlier in 2019. However, in case you did miss the film on the big screen, you can watch it here on our platform. The story is quite compelling, as it brings together a teacher and student, who use their expertise in kabaddi to help an underprivileged women’s team reach new heights of success. You can check out the trailer of Kennedy Club right here and we are certain that it will pique your interest.

The trailer is quite intriguing as it has Sasikumar, taking on the role of a coach to a women’s kabaddi team. The women are pitched against men for several matches but clearly, they’ve got the spirit and spunk that makes them take on any challenge. Kennedy Club received good response from the audience, as well as the critics, for its take on feminism and sports. In fact, the idea to encourage women to choose sports, is also commendable. The movie also stars Meenakshi Govindarajan, who plays the captain of the team. You should check out the film!

The story revolves around Savarimuthu (Bharathraja) Muruganandham (Sasikumar) an ex-army man, who has spent most of his life earnings on training underprivileged, yet skilled, women Kabaddi players in a village. His former student Muruganandham (Sasikumar), once a great Kabaddi player, is seen working in government Railways, a job that he gets, thanks to sports quota. Things are going perfectly well for both of them when Savarimuthu collapses suddenly, due to a heart attack. Because of his weak condition, he asks Muruganandham to take charge and lead the women’s kabaddi team. Will he be able to take the team towards victory? Watch the complete film right here on ZEE5! The film is directed by Suseenthiran and produced by D. N. Thaisaravanan.

#ThursdayThoughts: Ayesha Believes In Girl Power Both On And Beyond The Screen

Blurred Lines Between Dreams And Reality, How Will Vicky Get Out Of The Circle Of Drugs?