Producer of Zee5's Police Diary 2.0, Kutty Padmini, reveals how the team selects the stories, the relevance of the show and much more. 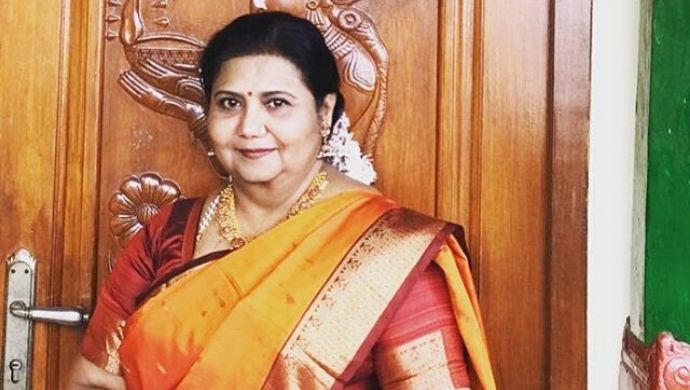 The trailer of Police Diary 2.0 has already sparked a lot of interest and buzz around the series. The cop series, based on true incidents, is an eye-opener, especially to the ones who are ignorant of the kind of crimes that happen in your vicinity and how the police goes about bringing these guys to justice. Producer of the series, Kutty Padmini, who is quite passionate about the project and had also directed the first season, spills the beans on how the team finds and selects stories that need to be told, her journey as a producer and much more.

What was it about the show that made you want to introduce another season? Was it content or the response the show got?

The first season went on for about 6 years. The crime percent went down to around 6% to 10% because of the show, the Commissioner of Police had told me then. People get awareness. After seeing all the crimes that can happen, they start being a little more careful. Now again, the crime rate is going up in India, be it Nirbhaya or Bitcoin or cyber crime. When we were discussing a show with Zee5 CEO, Tarun Katial, he agreed that this is required right now. It’s not just a show where you see the crime angle. There are many projects like that. We are also asking people to support us through this. Whatever we read in the papers, we have shot an episode.

How different will this season be than the first one?

The quality is different this season. The artists are big. In the previous season, we had only one person. It was like Crime Patrol. We were the first ones to start Crime Patrol in India. After that, it started airing in Hindi. Here [this season], we have six officers solving the problems. They get into the nitty-gritties of the crime and how they do it. It’s not like the previous season.

The stories in the episodes are based on true incidents. How do you decide on which story needs to be told?

We get the material mainly from newspapers. We also know a lot of retired police officers and people from the forensics department who guide us on how to go about it. I also counsel in prison. I have been doing it for 5-6 years now. So I have a lot of stories from inside also that need to be shared. Every citizen owes something back to the country and by seeing this, so many senseless crimes may be prevented. It will change minds.

We choose the most recent or current stories so people can relate to it. We have also taken TRP into consideration and decided on how it will be different from the other stories. We have ensured that we cover a wide variety of crimes. It’s really tough. We thought it will be easy but when we sat down to select, it was a tough task for us because each one has to be different.

We have brought in lots of different directors, cinematographers and music directors. So it’s going to be very different for the audience. Each director is directing one story only, so each story will have a different flavour. Only the star cast is the same.

Did you decision to produce such a show have something to do with rising popularity of crime shows aired abroad? Many of them have quite a following in India too.

People want to know true stories. More than doing fiction, when you say it’s a true story, they [the audience] want to know how it happened. For example, if a mother is searching for her boy in her own house [and finds him] with her own Uncle, she will know that the child is at the risk of being abused. So she will be careful. We only talk about girls. We don’t see that boys also get abused. So we have different stories like that. In one of our stories, a girl got married seven times over the internet. Out of the seven, three wanted to die for her because they loved her so much. The [Police] department has also helped us a lot.

You became a producer in the 80’s when there were hardly any other women who got into production. What challenges do you face?

I was the first producer from South to do a Hindi serial in 1986. Life started from there and even in web series, I’m the first from South. Today, the market is completely based on good concepts. I don’t waste my time. I like to listen to good stories. It’s the most important thing today. And people respect South producers a lot because we are very systematic and productive. I am very passionate about my work and I love it or I wouldn’t have survived for so long.