Lisaa: These Scenes From The Film Will Make You Feel The Winter Chills

Raju Viswanath has communicated a sensitive issue in the spookiest way possible to highlight the troubles people face in their old-age. 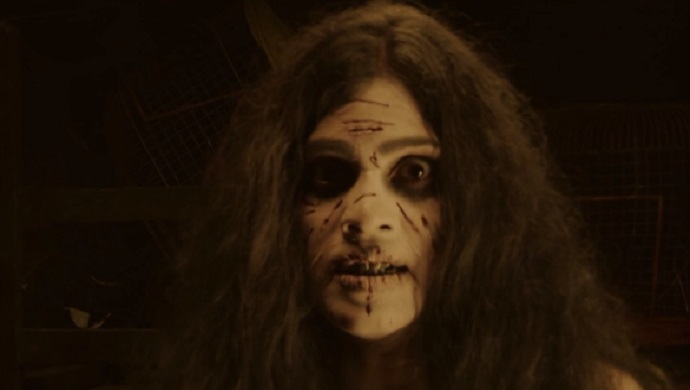 If you love watching supernatural thrillers and like to feel the adrenaline rush in your body, then watch Lisaa starring Anjali, Makarand Deshpande, Saleema and Padmashree awardee Brahmanandam right away. The film which has a social message sealed in spooky envelope, will leave you startled for sure. But wait, we have a couple of scenes to share with you to give you glimpses of the eeriness the film makes you experience.

The scenes that establishes the presence of a supernatural being at Lisaa’s grandparents’ house will send shivers down your spine. This is the first scene that makes you feel the eeriness because prior to this, the filmmaker narrates Lisaa and her mother’s story and gives you glimpses of Jaggu and his parents. Lisaa visits her grandparents’ house set in the middle of a dense forest in the western ghats for the first time. She has not seen her grandparents ever in her life. This is the her first experience of meeting them. What is it going to be like? To watch the scene, click here.

The second scene that we would like you to see is the one where Lisaa plays carom-board with her grandparents. Salima as the grandmother and Makarand Deshpande as the grandfather kill it with their expressions. There’s no trace of a ghost in the scene but their performances accentuate the horror quotient. To know what they do when Lisaa asks them to tell a story, click here.

Raju Viswanath, the debutant filmmaker has communicated a sensitive issue in the spookiest way possible to highlight the troubles people face in their old-age. To know what Lisaa does for people closest to her, watch the film here and for more entertainment, watch Yaaradi Nee Mohini, on ZEE5.