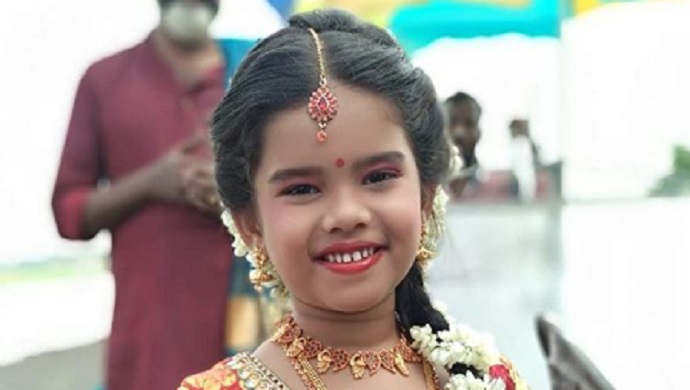 Child star Lisha, who plays Rudra in Yaaradi Nee Mohini, is a born artist. She knows how to deliver her dialogues; when to pause; how to control her expressions and last but not the least, how to keep viewers engaged with her spellbinding performances. The little girl, who is the center of attraction on the sets of the show, has a huge fan following on social media too.

Lisha’s most recent Instagram post proves she is born to act. Acting comes so naturally to her that she doesn’t need to put efforts to emote. Ad soon as the camera rolls, Lisha proves she masters the art of acting. In the video embedded below, Lisha performs like a pro at such a tender age. The video also features a small boy.

Here’s translating the musical.ly dialogue for you – “Don’t’ you know what musical.ly is? You can’t even say one line. You are the only person on this earth who doesn’t know how to do musical.ly. I don’t care what you do and how you do, but I shall give  you a week to learn musical.ly.” The dialogue is hilarious, and Ruthra pulls it off in style while the little child is amused.

For the unversed, Lisha plays Rudra, Mutharasan and Chitra’s daughter in Yaaradi Nee Mohini. She loses her mother when she is very young and gets raised by Vennila. She wants to see her father get married to Vennila and not Swetha. But will destiny let her father marry the woman he loves? To know what happens from this point, watch Yaaradi Nee Mohini and for more entertainment, check out Nachiyarpuram on ZEE5.

Bill From Mapla Singam Is Someone We Need In Our Society