MMS is the one-stop destination for your weekly dose of entertainment because it has a variety of things to offer, with heaps of humour. 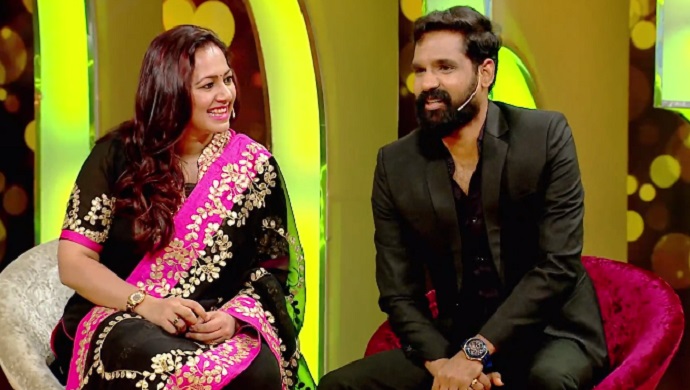 The show that you have been eagerly waiting for is out and how! The brand new ZEE5 Original weekly series, Madras Meter Show, with Vaidhya and a host of other talented presenters on board, is all set to tickle your funny bone. MMS is the one-stop destination for your weekly dose of entertainment because it has a variety of things to offer, with heaps of humour.

In the first episode, famous TV personalities of ZEE Tamil, Archana Chadhoke and Kamal made their presence felt in the celebrity interview segment. They were candid, refreshing and witty as always. However, it was good to see them answering questions for a change because we have seen them donning the host’s hat. Archana and Kamal hilariously explained how they became TV presenters and wished Vaidya all the very best for his show MMS.

In the second segment ‘Yen Eduku with BOSSkey’, Bosskey talks about the water crisis in Tamil Nadu. He also highlights how irresponsibly people behave when it comes to conserving water, of course, in a hilarious way.

The Hashtagger segment presented by Vaidhya will take you through the trending hashtags on social media every week. This segment talked about what happened in the virtual space, while Divya and Durgesh shared relevant offline information with the viewers.

The ‘Oru 2 Minutes Irruka’ segment will share the review of the films that released recently. In the first episode of MMS, RJ Shruthi shared her verdict on the movie Dear Comrade starring Vijay Deverakonda and Rashmika Mandanna.

The Mock News Section showed Durgesh and Divya reading out headlines of fabricated stories only to show you how imaginative they are. This segment also showed a ‘reporter’ named Kiran interviewing people born in the 1990s and the 2000s. The difference between attitude and maturity between the two generations got beautifully established in this section.

And last but not least, the final segment spoke to random people on the streets to know what they opine about pre-marital sex. You have to watch the episode to experience the humour it has in store for you. So watch Madras Meter Show, right away on ZEE5. And for more entertainment, check out the music videos by clicking here.