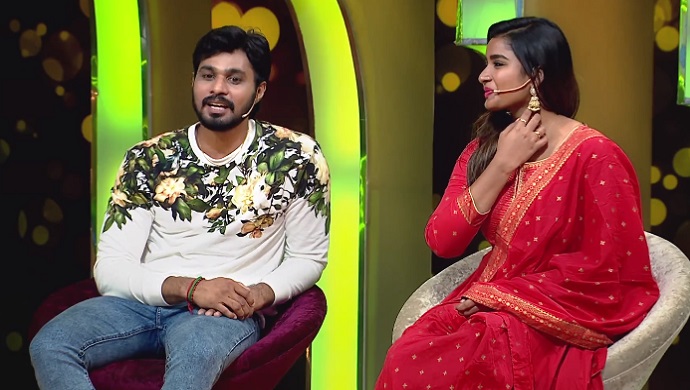 The third edition of Madras Meter Show hosted by Vaidhya was just as entertaining as the first two episodes. Vaidhya began the latest episode by talking about why cheating in the examination is not the right thing to do, albeit in a hilarious way.

Watch the episode below:

After the introductory segment, Vaidhya presented the Hashtagger round where he speaks about the trending hashtags on social media in the entire week. This week it was about the Tamil movie Nerkonda Paarvai starring Ajith, and last but not least the Kashmir issue. After talking about what made heads turn on social media, Vaidhya handed it over to Durgesh and Divya for the offline news segment. The two presenters spoke about a variety of issues that made headlines offline. They paid tribute to the late Sushma Swaraj, the former Minister of External Affairs by talking about the efforts she took to help people during her tenure.

In the Star Yaar segment hosted by Vaidhya, Poove Poochoodava actress Reshma Muralidharan and Oru Oorla Oru Rajakumari actor Puvi Arasu made their presence felt. The two who are good friends in real life had a rocking time on the show playing dumb charades. RJ Vignesh, who hosted the segment, Yen Eduku, spoke about the MeToo movement that rocked the nation a year ago. He said that it is essential for men to support women who have been victims of the issue and take things into perspective before passing judgment.

Next, RJ Shruthi presented the Oru Two Minutes Iruka segment by reviewing the recently released film Nerkonda Paarvai starring Ajith in the lead role. The film is a remake of Bollywood film Pink starring Amitabh Bachchan. To know Shruthi’s verdict watch the episode of MMS. Later, Durgesh and Divya returned with the mock news section to read out fictitious headlines in the wittiest possible way. And in the concluding segment, the crew of MMS spoke with ordinary people to know about their views on consuming alcohol and the choice of clothes to understand their views.

Watch the episode and let us know your thoughts on it in the comments below!  For more entertainment, watch Lisaa, a horror film with a sensitive message.

If You Love Watching Thrillers, Then Watch Auto Shankar Right Away