In the Star Yaaru segment, Vaidhya introduced Riythvika and Aishwarya Dutta. Both the ladies looked stunning, and Vaidhya went gaga over them. 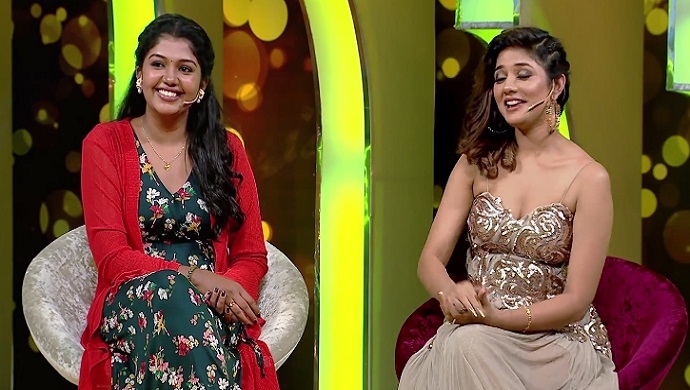 Madras Meter Show hosted by Vaidhya has become a hit among the youth. Its already been a month since the show was launched. Vaidhya began the show with the Hashtagger segment to discuss the hashtags that trended last week. He spoke about the Raksha Bandhan festival and the country’s Independence Day celebrations and the trends on social media.

Later, he handed it over to Durgesh and Divya for the offline news. The two of them shared interesting information about the events that happened offline to throw light on the things that we may not have known about. And to know what news that shared, watch the fourth episode of Madras Meter Show.

In the Star Yaaru segment, Vaidhya introduced Bigg Boss contestants Riythvika and Aishwarya Dutta. Both the ladies looked stunning, and Vidya could not resist asking them a hypothetical question and it is this – what are the three things you would carry if you visit an island? Aishwarya said that she would take a boy (probably an assistant), clothes and a matchbox. While Riythvika said, she would take a book, pen and clothes. Then the girls revealed what they would expect from their respective boyfriends. And then they had a rocking time fielding a set of questions on behalf of each other. During the conversation, Vaidhya revealed that he has a crush on Aishwarya, and she agreed to go on a date with him.

After the guests bid goodbye to the anchor, it was time for the Yeh Eduku with RJ Vignesh. He started it by speaking about the influence of social media in our lives. He said nothing is either good or bad by itself because it depends on us and how we put it into use. So if we use social media wisely and responsibly, it will be a boon, else it will turn out to be a curse. The show continued with RJ Shruthi’s ‘Oru Two Minutes Irruka’ segment where she reviewed the film Comali starring Jayam Ravi and Kajal Aggarwal. Watch the fourth episode of MMS to check out Shruthi’s Comali verdict because we aren’t giving any clue away.

And last but not least, Ishwar Krishnan spoke about the surprise element hidden in the incident called death in our lives. He explained how people would have reacted had they known the date of their death. Overall, it was an entertaining episode. Watch the fourth episode of MMS and for more entertainment, check out the videos of the Most Watch English shows, on ZEE5.

Sa Re Ga Ma Pa Seniors Season 2: Contestants Rocked The Stage During 'Chilled Out' Round