The way Soori delivers his dialogues, the fun quotient that he brings and the hilarious facial expressions, are what make him different. 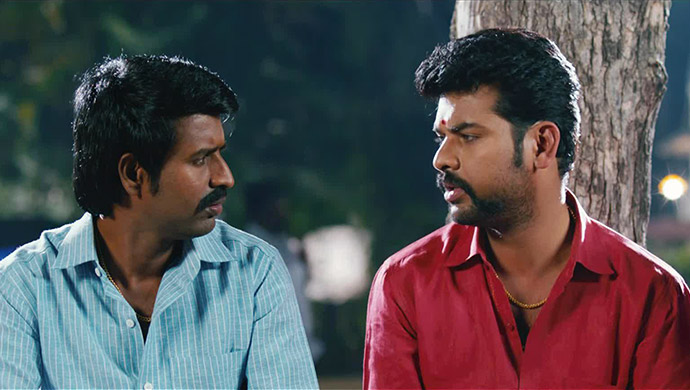 In Mapla Singam, that is available on ZEE5, Soori plays an important part, along with the leading cast Vemal and Anjali. Mapla Singam addresses the problem of caste and the constricted notions of village folks. While this movie uses comedy as a mode to comment on social issues, it also has a romantic tone that plays in parallel.

Watch the element of fun that Soori brings about in the movie Mapla Singam.

In the greater scheme of things, the character that Soori plays stands out. The way he delivers his dialogues, the fun quotient that he brings and those hilarious facial expressions, are some of the things that make Soori a distinct part of the movie. Speaking of Soori, he is someone who has had his fair share of struggles to get into the world of cinema. But what has made him stand out is the way he has organised himself to keep up with the changing trends.

Soori acclaimed fame after he portrayed the role of Subramani in Vennila Kabadi Kuzhu in 2009. Now, the movie not only changed Soori’s life, it also set a landmark for the character he played became famous and he earned the nickname Parotta Soori, after the scene in which Subramani eats a shocking number of parottas during a challenge.

So, let us look at some of his pictures from his Instagram page to look at the change that he has brought to his character.

Share your thoughts about the actor’s  transformation in the section below.

Also, try checking out the movies available on ZEE5 under the section of popular Tamil movies.

Two criminals on the run, fall in love while they are on the run from the law, but fate in the form of their boss tries to stop them from being together.

Yaaradi Nee Mohini: Will Swetha Prove She Loves Mutharasan More Than Her Life?

If You Are A Tea Addict Like Iniya Iru Malargal's Pragya, You Should Know These Facts