Mapla Singam, is a light-hearted comedy which makes you laugh but it also takes a strong stand against the issue of casteism. 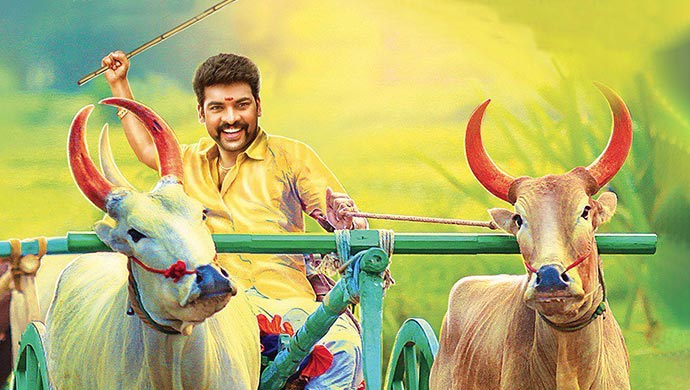 Do you still think that casteism is prevalent in India? While you ponder about this question, let me give you a brief insight into the issue of casteism. According to a study, casteism is a peculiar problem restricted to the Indian society which basically differentiates a group of people within a certain religion and favours their needs. Mapla Singam, which stars, Vemal, Anjali and Soori deal with caste issues.

Watch how the issue of casteism is dealt with in the movie Mapla Singam.

In fact, the opening scene of the movie itself sets the tone of the story and the issue of casteism in the movie. As we see people belonging to two different castes fighting over the right to conduct rituals at a temple festival. Following that many instances through the course of the story establishes the fact that one of the central themes of the movie is also casteism.

Now, the roots of this social evil are portrayed to be so deep in the movie that it rules over the other factors of life. Thus, in the movie, we see instances where people give importance to the part of caste instead of the welfare of the village. Also, there are times when the central characters Sevagapandian and Anbu speak of the importance of maintaining a caste-based image.

This notion of giving importance to caste rather than your loved ones reaches to the peak when Sevagapandian decides to stop his daughter from going for a job interview and forcing her to get married within the caste. As he justifies his actions by saying that his image, as the caste leader, is more important to him than his own daughter.

So, even if the movie is a light-hearted comedy which makes you laugh and smile but it is an eye-opener for the fact that it takes a strong stand against the issue of casteism. What is your thought about this issue, as depicted in the movie? Do you think it is a necessary part of our society?  Share your thoughts with us in the section given below.

Are you a drama lover? Have you heard about the show Sembaruthi? Have you watched it? If not check it out on ZEE5, for it is a must watch for all drama lovers!

Raja Natwarlal: A Small-Time Con Man Goes To Meet His Mentor As He Needs Help In Settling Scores

If You Need Some #SareeInspiration, Sembaruthi's Mithra Is Someone You Could Follow