We will be happy only if we hold close to our true selves and accept ourselves as we truly are, with all our flaws and shortcomings. 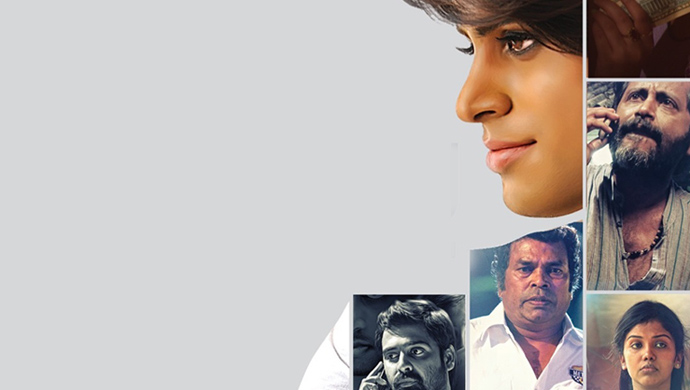 Sigai speaks a lot in very little time. So much so that it touches upon different issues of society and gives us a glimpse of how society perceives these issues and deals with it. The movie stars, actors like Kathir, Raj Barath and Mayilsamy, who play an important part. Most of the scenes and conflicts of this movie try to connect people from different walks of life with a narrative that gives an insight into their struggle to survive.

Watch Mathivanan’s struggle with his self in the movie Sigai.

But the scene that matters the most or holds the crux of the movie is the ending scene of the movie. As at the end like any other story you would find a resolution to all the problems that one has to deal in the movie. Sigai also presents to us a set of solutions that could work in the lives of the characters. But what is more important is the way these resolutions are presented.

For we see that the life of people has changed tremendously in the movie, through the course of the story. Some have understood their flaws and have made amendments while a few have changed their perspectives about some things. So, you see Prasath, who was earlier shown as a pimp, change his life and takes responsibility for his mistakes. With this change, he looks happier and more contented that he has appeared in scenes throughout the movie.

At the same time the character of Chetta, played by Rajesh Sharma, does not change much, except for the fact that he adds in a slight element to his work process. Of all these changes that happen in the movie, the most shocking transformation in the movie is of Mathivanan.

The audience sees him as a woman, with long hair and perfect features, with a young child. This comes to a big shock because, in the movie, Mathivanan is a transgender who was shown having issues in accepting his self. So, when you look at this transformation, it shocks you and you are bound to think as to what did change in Mathivanan’s life to make him change in such a measure. This scene also shows us that important message that we will be happy only if we hold close to our true selves and accept ourselves as we truly are, with all our flaws and shortcomings.

What are your views on this scene? Do let us know in the comments section below!

To watch more popular Tamil movies, check out the options available on ZEE5. Also, do not forget to leave your comments in the section below.

Babli A Street-Smart Mechanic Has A Drastic Change Of Heart After He Meets Tara, With Whom He Falls In Love With

Poove Poochoodava: Will Shiva Choose His Mother Or Shakthi?