Mitta Describes The Modern Youth And Their Conflicts In The Most Realistic Way, Here’s How

Although the sum total of all the characters and their flaws give us a good laugh, it also gives us an opportunity to think about their intensity. 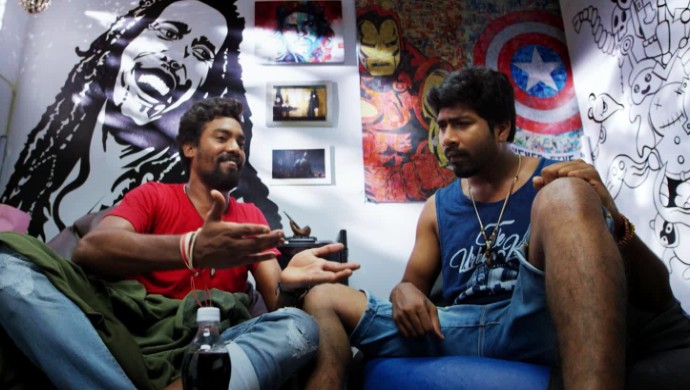 Mitta, that is now streaming on ZEE5, narrates the tale of two youths, characters played by actors Lallu and Sathu, who are habitual stoners. For people who are unaware, the term stoner is used to define a person who is addicted to the smoking of weed (marijuana). The main conflict of the series and the centre around which the story unfolds itself is nothing else but a bag of weed. Sathu’s girlfriend sells a bag of weed, that belongs to their peddler friend Ishtiaq, to someone else. So, all the four of them embark on a journey to find the bag of weed and the man who bought it from them.

Watch how a quest for a missing bag of weeds leads the four youths into trouble.

Now, in the midst of this epic journey and conflicts that these characters get into what must be noticed is the way these characters are depicted in the series. Although the sum total of all the characters and their flaws give us a good laugh, it also gives us an opportunity to think about the depth and intensity of each character. Let us start by taking a  good look at the two central characters of Sathu and Lallu.

These two youths have what we can term as an existential crisis. They both lack a superior motive to live and to survive other than smoking up weed. The screen starts with each of them talking about stuff from the movie The Avengers and then shifting their conversation to stuff related to politics. While this may seem a bit awkward in the beginning but we gradually get used to it.

These two boys have only one aim in their life and that is to smoke weed and live in the high that it gives them. For them, weed is the only god that they have known and it is what gives them the purpose. This addiction is so much for them that they are not even bothered about the asocial and illicit relationships that they make in the lieu of their interest.

Thus, Sathu and Lallu are friends or they are just weed friends because they do not know much about each other, it is their addiction that binds them. This holds true even in the case of Sathu and his girlfriend because he never calls her by her name but uses her ex’s reference. Probably, their relationship is also based on their link with weed.

So, these youths have no reason to bond with each other and no real emotions but just an affinity to weed and its effect.

What is your opinion about the characters of the series Mitta? Let us know your opinion in the section below.

If you like entertainers, visit ZEE5 to catch-up with Tamil action thrillers.

Watch Madhayanai Koottam: Parthiban Accidentally Kills The Son Of Veera Thevar While Trying To Save His Brother