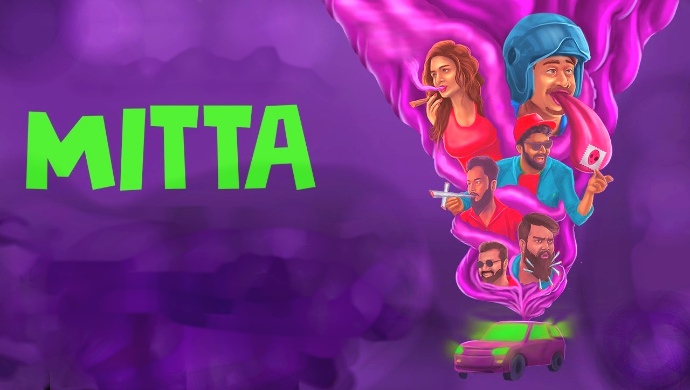 Mitta streaming on ZEE5 narrates the quirky tale of two stoners Sathu and Lallu. The problem that these two youngsters face unlike the others in this world is a grave one and that is nothing else but the fact that they just can’t find enough weed to smoke up. Thus, they live and thrive to smoke up some good stuff. So, if you are planning to watch this series, make sure that you keep an open mind and eyes open, for there are these subtle elements of comedy that you might miss otherwise.

Check out what Sathu and Lallu face when they try to go after a bag of weed.

Mitta is an emotional journey of two drug addicts because weed indeed is an emotion for these two misfits. And they do undertake a journey to find the weed that they need. If you intend to watch this series, which you must, then you should first understand one thing. And that is there is no higher purpose for these two characters, neither does the story lead to any.

So, these characters are what we call as flat characters, who remain the same till the end of the story without any significant change in their nature. But between this addiction and quest for finding weed, the makers of the series have managed to give you the sense of getting high without you actually having to consume anything.

Hence, this is a must watch series for all those who like a little experimentation ar the end of the story and characterisation.

Have you watched Mitta Let us know your thoughts on it in the comments section below!

Also, did you know that ZEE5 has an entire section dedicated to English animated movies?