Laxmi believes one must look beyond the physical appearance to feel pretty. Now isn't that a beautiful message? 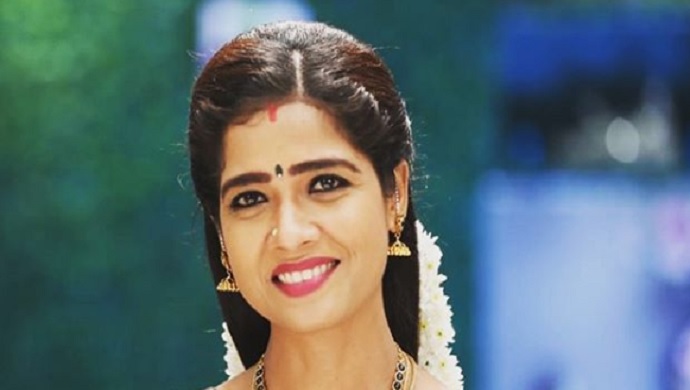 Its Monday today and most of you must be dealing with the blues. But don’t worry, here’s a dose of Monday Motivation for you. Laxmi aka Vanaja of Sembaruthi shared an inspiring post on Instagram that will help you beat all the blues, and kickstart your week with a positive frame of mind.

Laxmi shared a motivating post which reads: “We get so worried about being “pretty “ Let’s be pretty mind.pretty funny.pretty smart.pretty Strong.” Sanjay Kumar Asrani, who plays Purushothaman in the blockbuster show, treats Laxmi like his sister. He lauded the message conveyed by Laxmi through the Instagram post. Laxmi believes one must look beyond the appearance to feel pretty. Now isn’t that a beautiful message? He wrote, “Aarey wah Wah Meri Behen Sweetheart”

Laxmi replied to his comment by writing “Thanx my sweet bhaiyu”.

Isn’t it incredible that the two actors who dislike each other on-screen share such a beautiful bond in real life? For the unversed, Laxmi plays the main antagonist in Sembaruthi, a show co-starring Karthik Raj (as Adithya), Priya Raman (as Akhilandeshwari), Shabana Shajahan (as Parvathy), VJ Kathir (as Arun), Janani Ashokkumar (as Aishwarya) and Bharatha Naidu (as Mithra).

The current track shows Vanaja hatching a plan against Sundaram and Parvathy. She wants Akhilandeshwari to throw them out of their house. Will she succeed in her attempt to humiliate Sundaram? To know what happens hereafter, watch Sembaruthi tonight. And for more entertainment, watch Piriyatha Varam Vendum, love story that transcends time, on ZEE5.