Subbalakshmi purchases a jeep worth a million for herself, using her husband's credit card. Will she return home in her new vehicle? 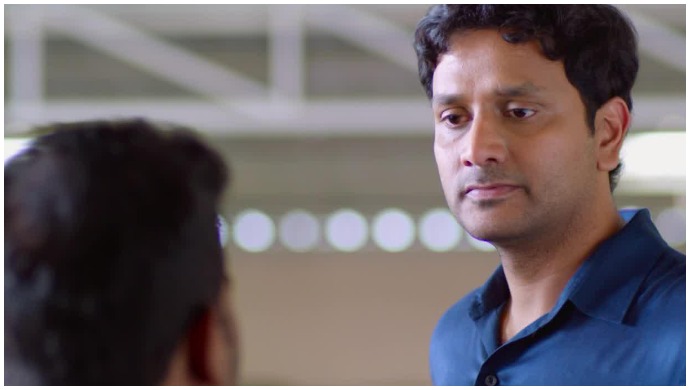 In the previous episode of Mrs. Subbalakshmi, Subramanyam’s wife Subbalakshmi walks out of her husband’s house, leaving a letter behind, which states that she is fed up with his workaholic nature, for not paying attention towards her and taking her for granted ever since their marriage. The letter also mentions that she is leaving the house to seek freedom from her routine life. Subramanyam, on the other hand, is surprised to find out that his wife is missing. As he has no clue about Subbalakshmi’s whereabouts, he makes a few phone calls to inquire but is unable to figure out where she must have gone. Since Subbalakshmi is not around, Subramanyam, who has a son and a daughter, gets his children ready for school. Right from making breakfast to getting them ready before the school bus arrives, Subramanyam does it all. On the other hand, Subbalakshmi has gone to the temple, where she is seen complaining to God about her husband’s behaviour.

In the second episode, Subramanyam, who finally finds the letter Subbalakshmi has left for him, is shell-shocked to realise that his wife has left him for real. In no time, the news spreads in his office after his secretary tells a colleague, who then conveys to everyone else in the office. Subbalakshmi’s parents come to Subramanyam’s house to look after the children while Subbalakshmi’s husband tries to figure out where his wife must have gone. Meanwhile, Subbalakshmi visits the temple and prays to God to knock some sense into her husband. She recalls her marriage days when her husband made promises to her but failed to fulfill them.

Subbalakshmi also recalls the time when her husband told her to follow her dreams at the initial days of their marriage. Within a month he proved that he is a chauvinist just like most men. So, Subbalakshmi decides that now onwards she will only focus on herself and her happiness. As she leaves the temple, her two-wheeler breaks down. Since there is a car showroom right opposite, she purchases an expensive SUV for herself, using her husband’s credit card. Subramanyam, who receives a message on his phone, that a huge amount has been debited from his account, gets a mini heart attack. How will Subramanyam react in such a situation? Stay tuned!

Share your thoughts in the comment section below. If you like to watch more such web series, you can check out Nisha currently streaming on ZEE5.