Nayeem, a dangerous criminal who is on the run after a diamond heist, slips his diamond’s bag into Subbalakshmi’s sling. Will the cops arrest her? 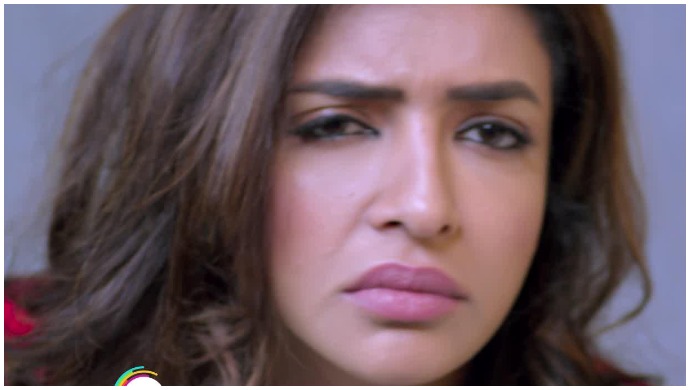 In the sixth episode, Subbalakshmi goes to the hotel’s bar counter and orders for three shots. A man sitting at the bar is mesmerised by her beauty. Just then cops enter the bar as they hunt for Nayeem, a dangerous criminal, who is on the run after a diamond heist. The man, who was admiring Subbalakshmi, is none other than Nayeem. As he sees the cops, in order to avoid arrest, he slips his bag with the diamond into Subbalakshmi’s sling. He then hides in the washroom. As the cops leave, he comes out to get his diamonds but Subbalakshmi is nowhere to be seen. On asking the man at the counter, he learns that she has gone back to her room.

But when he later realises that Subbalakshmi has escaped with the diamonds, he calls his assistant (a woman accomplice) to go the diamonds from her room. She and her bodyguard leave in search of Subbalakshmi. Meanwhile, Subbalakshmi comes to her room drunk and crashes. The couple, who is watching the news, learns about Nayeem. They try to inform Subbu about it but then see diamonds in her purse. When they ask her about it, she tells them she has no idea about it. Then they realise that Nayeem must have slipped it in her sling to escape the cops. Just then Nayeem’s assistant knocks on the door. What will happen next? Stay tuned!

If you are new to the series, here´s what you need to know about Mrs. Subbalakshmi, a ZEE5 Original comedy series starring Lakshmi Manchu, Srinivas Avasarala and Adrus Raghu. Fed up of her workaholic husband, Mrs. Subbalakshmi decides to walk out of the house to seek freedom from her routine life. However, her journey turns both adventurous and hilarious when she lands up in the middle of a diamond heist.

What do you think about the third episode? Let us know in the comment section below. If you like watch Tamil web series, you can also check out Karoline Meenakshi, streaming on ZEE5.