After hesitating and beating about the bush, Karthik proposes to Jyothi by uttering the three magical letters - I Love You. But will she accept it? 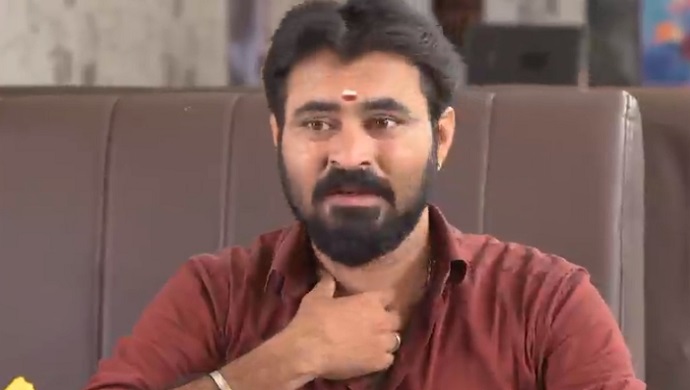 Fans of Nachiyarpuram might have been happy after seeing their favourite couple together at the restaurant. Karthik, who mistakes Fathima to be Jyothi, eventually meets his ladylove and attempts to express his feelings to her. But there’s someone out there trying to spy on them. Karthik, who had been rehearsing the proposal for days, musters the courage to propose to Jyothi at the restaurant. Meanwhile, she also has something to share with him.

Karthik, who fears Jyothi might tell him about her marriage getting fixed with someone else, breathes a sigh of relief after knowing what she wishes to convey. Jyothi says that she has become a member of the bar council and she is an advocate now.

Finally, after hesitating and beating about the bush, Karthik proposes to her by uttering the three magical letters – I Love You. But Jyothi thinks he is joking and laughs it off. She says that he acts well. Poor Karthik, who genuinely expressed his feelings to her, is left perplexed after she thinks he is faking it. Later, he shows his love by writing it on a tissue paper, but her friend finds it. Will Jyothi realise that Karthik is in love with her? Moreover, how will things unfold when their respective families learn about it? But most importantly, how will Jyothi react?

For the unversed, Nachiyarpuram is a daily show set in the backdrop of the temple down of Srivalliputthur. It marks the debut of Dinesh as a producer and is also significant because it happens to be his first onscreen union with his real-life wife, Rachitha. Karthik (Dinesh) and Jyothi (Rachitha) hail from families that have been arch-rivals for decades. The two families have been at loggerheads over a disputed piece of property in the town. Will Karthik and Jyothi mend broken fences to end the age-old enmity?

Keep watching Nachiyarpuram and for more entertainment, check out Sathya, the love story of a tomboyish girl, on ZEE5.

Sathya Feels That She May Not Survive; Will Prabhu Accept Her Proposal?