In one of the recent functions, Nakshathra had opened up and spoken about her closeness with her grandfather and how she finds him to be innocent. 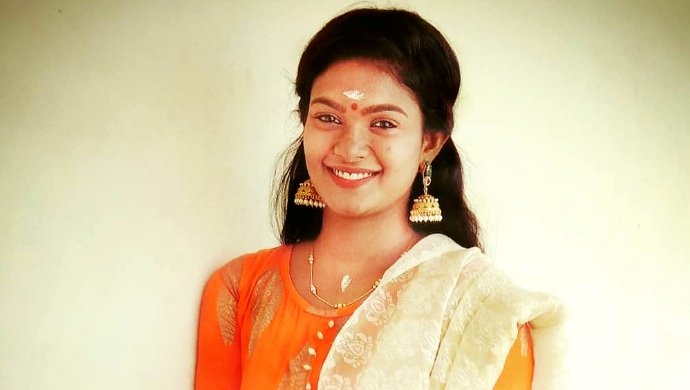 Yaaradi Nee Mohini is a series that streams on ZEE5 and narrates the tale of Vennila who faces problems while being in love with Mutharasan. Recently, on April 24, this series completed two successful years of being on-air. The part of Vennila in the series is played by actress Nakshathra. The manner in which she essays the character of Vennila is truly enigmatic and believable. This talented actress who is basically from Kerala is very close to her grandfather and keeps posting pictures on her Instagram page with him.

Watch the conflicts that Vennila faces in the show Yaaradi Nee Mohini.

Recently, Nakshathra shared a picture of hers with her grandfather after she offered prayers at the Arulmigu Dhandayuthapani Swamy Temple in Palani.

The actress has always had a special place for her grandfather in her heart. In one of the recent award functions, Nakshathra had opened up and spoken about her closeness with her grandfather and how she finds him to be innocent. This was definitely an emotional moment for her and her fans who were watching her narrate this.

This side of the actress was quite new to the audience and it just reinforced her image as a kind-hearted and sweet girl, just like her onscreen character Vennila. And the fans were definitely happy to see her bonding and sharing a memorable time with her grandfather.

So, be like Nakshathra and find out some time to spend with your family and dear ones, for it they who make your life happy.

Also, share your thoughts about Nakshathra’s action in the comments section below.

For more entertainment, check out Tamil films streaming on ZEE5.

5 Things To Learn From Vennila Of Yaaradi Nee Mohini