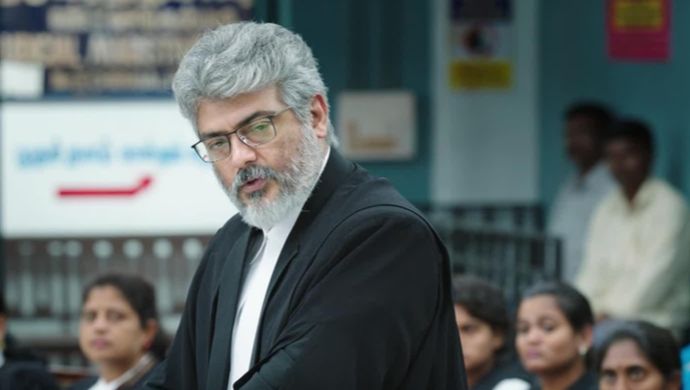 Nerkonda Paarvai is one of the biggest films of the year and Ajith Kumar has made sure of that. The official Tamil remake of Pink broke several box office records and for all the right reasons. Ajith plays the role of a lawyer in this one, a role that was originally played by Amitabh Bachchan in the Hindi film. The trailer of the courtroom drama is out on Zee5 and it keeps you hooked to the screens. The trailer is gripping with power-packed action scenes and Ajith pulls off the courtroom scenes brilliantly. It is not very different from the Hindi trailer but it does look good.

Watch the trailer of the film right here.

Nerkonda Paarvai will be Boney Kapoor’s debut as a producer in the Tamil film industry. He had also revealed that it was his late wife Sridevi’s wish to have Ajith play this powerful role in the Tamil remake of the film. Not to mention, he was utterly impressed by the actor’s professionalism and even tweeted about how down-to-earth and brilliant the actor is. H Vinoth has directed the film and it will be his first one with Ajith. Shraddha Srinath, Abhirami Venkatachalam and Andrea Tariang will be playing the main leads in the film. Vidya Balan will also be seen in a cameo opposite Ajith. This will also be her debut in a Tamil film.

The film opened to raving reviews and even celebs from the industry opened up about how much they loved the film. Many of them tweeted about how important the film is. For more such entertainment, watch Sathya streaming on ZEE5.