At a Valentine's Day special episode of Tamizha Tamizha, students talk about the important role played by BFFs in their romances. 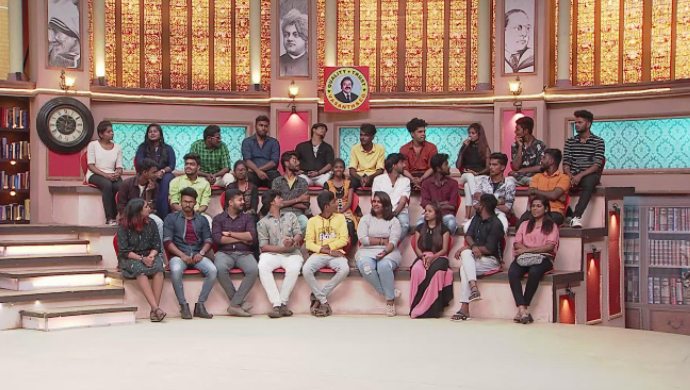 Tamizha Tamizha recently held a Valentine’s day special episode. The reality talk show, hosted by director Karu Palaniappan, had a group of youngsters in committed relationships on one side, and their BFFs sitting on the other side. The episode is aptly titled ‘Best friends or cupid’ and reveals the extent to which best friends play a role in their friends’ romantic relationships.

If you haven’t watched this episode of Tamizha Tamizha, you can do so here.

Most of them agreed that they wouldn’t embark on a relationship or even ask someone out on a date unless the BFF okays that person. One girl was very emphatic that if her childhood bestie said no, she wouldn’t even go out on a single date with that person.

For one guy, it was the other way round, where he was in a committed relationship before he met his bestie. “So now, as the love veteran among the two of us, I give him my opinons about the girls he likes.” he said.

“Have you ever said no to him dating anyone,”asked Palaniappan.

“Of course,” quipped the guy. “I have said no to him dating almost everyone he liked. That’s why he’s still single.”

The besties, on the other hand, talked about all the work that they have to do in the early stages of courting. One college guy talked about how his mimicry skills were put to use to put out signals if his friend’s love interest was approaching. “Even if staff members were around, I was forced to howl like a dog if the girl is on first floor, like a percussion instrument if she is on second floor and like a goat if she is on third floor,” he explained.