Ashok Selvan's rom-com film Oh My Kadavule is an unusual story of a man not attracted to his wife. It keeps us glued to our screens throughout. 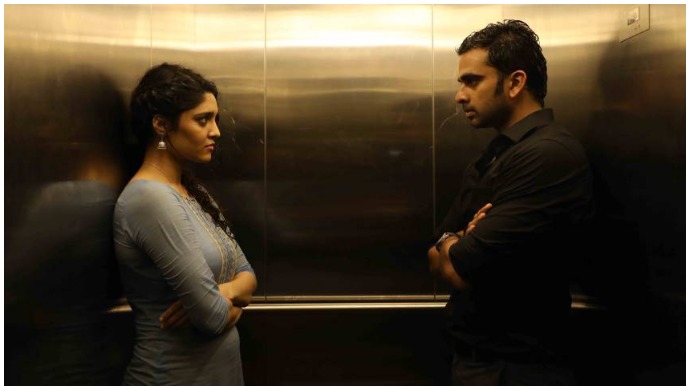 Oh My Kadavule, starring Ashok Selvan, Ritika Singh and Vani Bhojan in the lead roles, is an endearing film about love and friendship. It revolves around two friends Arjun and Anu, who get married only to realise that it is not going to work out. While Anu likes Arjun, the latter gets married to her without (without having any romantic feelings for her) much thinking. They end up in court, asking for a divorce. Ashwath Marimuthu’s debut directorial venture Oh My Kadavule is an easy watch; and here are five more reasons to convince you to add this in your lockdown watchlist.

Watch the trailer of Oh My Kadavule here:

This is the first time that Ritika Singh and Ashok Selvan are acting together and they look very convincing. Their sizzling chemistry worked so well that it made us want to root for both the characters from the very first scene. They have beautifully portrayed their transition from friendship to partners to lovers.

The songs and background score by Leon James perfectly blends to this feel-good romantic genre. It won’t be wrong to say that Leon James’ work in the film Oh My Kadavule showed us how much a soundtrack can elevate a movie. No, doubt, the romantic numbers struck the right chord with the audiences.

Oh My Kadavule, touted to be a fantasy romantic comedy film, revolves around the complicated married life of two friends Arjun and Anu. The childhood buddies get married, but Arjun struggles to fall in love with his best friend. Also, Arjun, after marriage, meets his childhood crush Meera and develops feelings for her. Complicated enough? Well, Arjun is then given a second chance before he could make his decision. Find out whether he chooses Anu or Meera.

We saw some great performances by Ashok, Ritika and even the telly actress Vani Bhojan. While Vani’s performance as Meera was fair and it did not seem like it is her (Tamil) debut film, Ashok and Ritika nailed their roles with their brilliant portrayal. Right from their friendship to being a married couple, their acting feels so real as if it was some real-life exchange of reactions.

Vijay Sethupathi, Sha Ra and RJ Ramesh Thilak, who played essential roles in the film, also gave some up-to-the-mark performances and their comic timing too was perfect.

Love-Story With A Message

Oh My Kadavule, is an unusual love story; however, the journey of this couple will tug at your heartstrings. Ashwath Marimuthu tries to send out a beautiful message through this film that life has always been kind to us, but it is in our hands to set things right. This movie is a heartwarming love story and a perfect treat to watch during this lockdown when you stuck in with your partners.

After a long work-from-home day in lockdown, Oh My Kadavule is the perfect way to unwind. What do you say? Let us know in the comment section below. Stay tuned!

Also, if you are a fan of Tamil dramas, you can check out the Tamil web series Karoline Meenakshi, currently streaming on ZEE5.