On Sathya’s Birthday, Her Enemy Hatches A Plan To Kill Her?

In today's episode, the politician will cancel all his meetings to focus on his mission to remove Sathya from his way. 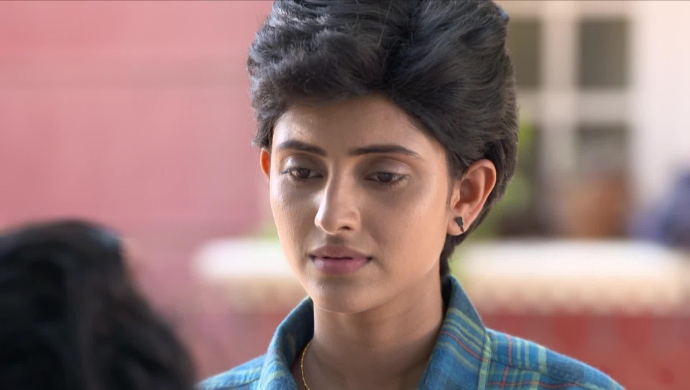 Sathya is a queen of a million hearts but there are people who don’t want her to survive. They know, they wouldn’t be able to continue doing wrong to the society if people like Sathya exist. Hence, they want to eliminate her from their path. For those who joined in late, Sathya threatens to expose a politician after she learns about his role in a scam. And to avenge her, the politician hatches a plan to get her killed by hiring goons.

In today’s episode, the politician will cancel all his meetings to focus on his mission to remove Sathya from his way. Incidentally, it is Sathya’s birthday. She is looking forward to hearing a reply from her Amul Baby after she proposed to him on her birthday eve. Sadly, she doesn’t not know that there’s a threat to her life. Moreover, it is a significant day for her family also because they will fix Divya’s marriage date later in the evening.

During such an occasion, what will happen? You can expect a high-octane drama in today’s episode. On the one hand, Sathya looks forward to meet Prabhu and on the other, the politician looks determined to kill her. For the unversed, here’s a flashback to the story. Prabhu is all set to marry Divya but he isn’t aware that his fiancee is Sathya’s elder sister. Moreover, Divya uses Sathya’s horoscope to make Prabhu’s family agree to get their son married to her. She also cheats on Prabhu by dating Bala, who has promised marriage to her.

How will things unfold from this point? Watch tonight’s episode to know if the politician succeeds in his attempt to kill Sathya and for more entertainment, watch Nachiyarpuram starring real-life couple Dinesh and Rachitha.

Yaaradi Nee Mohini: Swetha To Prove That She Loves Mutharasan More Than Her Life?