Janani in real life is a person who believes in the strength of oneself and is a real motivator with her inspiring posts on Instagram. 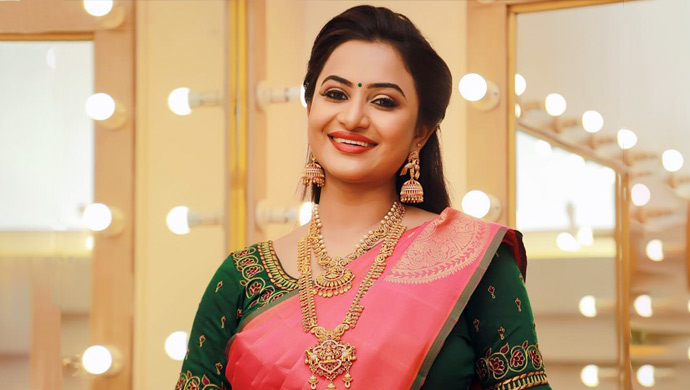 Sembaruthi is a show with a difference which speaks of the class differences and also about the love of the famous jodis  Adithya (Karthik Raj) and Parvathy(Shabana Shahjahan). Although the story of the show is centred around these two love birds it also speaks about the life of other characters like Akhilandeshwari, Purushotaman, Arun and Aishwarya. Now, Aishwarya (Janani Ashokkumar) from the show is like that breeze of fresh air that sweeps you off your senses and holds you in a mesmerising trance from which you would not really want to wake up.

Watch how Aishwarya tries to help out Parvathy in times of need in the show Sembaruthi.

Janani is without a doubt a fine actress who knows and adapts according to the need of her character in the show. In the initial phases of the show, we saw her as a meek character who just existed in the midst of the other characters. But over the course of time, we saw her grow and develop into a person who had issues with Parvathy, so she teamed up with Vanaja and the others to torment Parvathy. However, this also changed and now we see Aishwarya and Parvathy as that thick and inseparable friends. In that sense, Aishwarya is what they call as a round character who has developed and evolved over the course of time.

Janani in real life is a person who believes in the strength of oneself and is a real motivator with her inspiring posts on Instagram. But one thing that should be mentioned about this actress is that the quotes that she shares on Insta are just a part of her charm and what is also an intriguing part is the pictures that she shares. These pictures to a great extent are enough to motivate you. So, take a look at these mesmerising pictures of the actress.

So which among these pics is your favourite pic of the actress? Share your comments in the section given below.

Karthick Vasu's Latest TikTok Video Will Leave You In Splits

Did You Know? Karthik Prabhu Of Sathya And Sembaruthi's Adithya Are Friends