The characters of Rasathi and Iniyan, manage to create a difference in a typical love story between a husband and a wife. 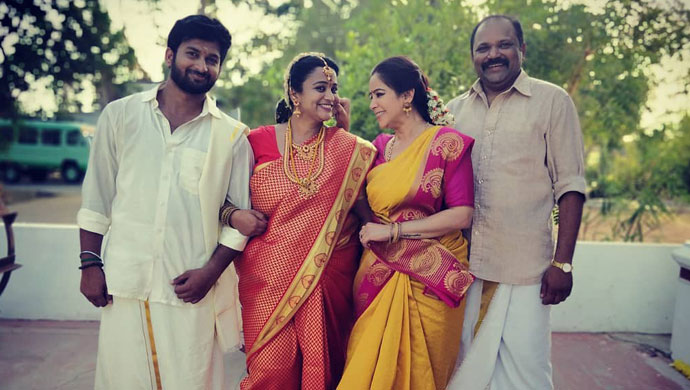 Romantic couples, romance, love and drama, these have been the usual parameters for the TV show creators to weave their stories around. Within the boundaries of these concepts, there have been instances where the chemistry of the onscreen couples has had an impact on the viewers to such an extent that people start relating them as real-life couples. In the case of Iniyan and Rasathi, from the Zee Tamil show, Oru Oorula Oru Rajakumari, this impact shifts and takes a different role altogether.

As it is not just the chemistry between these two actors that have been commented and speculated on, but it is also the difference that these characters bring about when it comes to onscreen couples. Now, in a seemingly common looking story of a common looking couple, Rasathi and Iniyan stand apart. This shift from the stereotype happens in the initial phases of the story itself.

If we were to analyse the characteristic features of Iniyan, played by actor Vasanth Vasi and Rasathi, portrayed by Ashwini, we would see that they have quite a few similarities in their behaviour. Isn’t this is a deviation from the age-old concept of strikingly opposite characters falling in love? We see that the character of Iniyan is a happy go lucky young fellow, which is also the main feature in Rasathi’s behaviour. Further with the change of their situations, as the show progresses, they both face the conflict of accepting each other with all their flaws.

Now, this might come as a surprise to you but yes both Rasathi and Iniyan have had that moment of clarity where they have felt the need to revamp the terms of their relationship which, to be honest, is very mature move. There also has been a gradual yet consistent effort from both sides to maintain the relationship.

Adding to the differences of this couple is also the fact that they both are seen to grow equally in and with the relationship. In fact, they show a subtle sense of understanding as to what they have in common and over the course of the story are seen making attempts to strengthen this bond. So, unlike couples who fall in love instantly, these two characters show the magic of growing in love together.

Thus, Iniyan and Rasathi manage to make an impact as an onscreen couple and change the mindset of the masses. Also, do not forget to leave your comments and share your feedback in the section given below.

If you liked watching Oru Oorula Oru Rajakumari, then you must definitely watch Poove Poochoodava, which is an interesting love story.

Shocked By The Murder Of Her Friend, Shabana Agrees To Join The Secret Service, When An Unknown Caller Offers Her A Chance Of Revenge In Exchange

Mithra Of Sembaruthi Looks Like A Doll In This Video, Watch