Start accepting your problems and try to move forward in your life, is what Ashwini Radha Krishna says to her fans through her Instagram post. 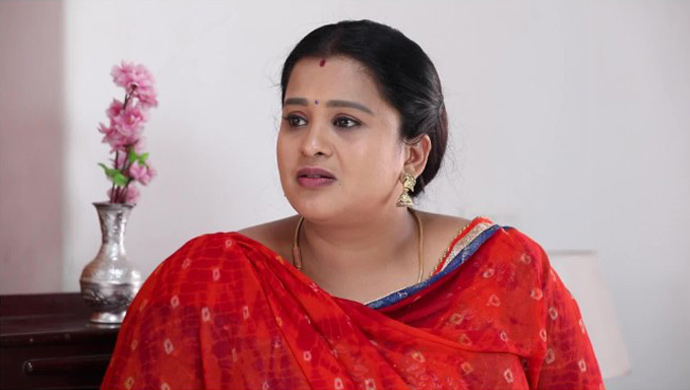 Problems are something which comes and go. In fact, life without problems is like an adventure trip without any activity. So, when Rasathi aka Ashwini Radha Krishna from Oru Oorula Oru Rajakumari spoke about problems and compared it to a balloon, it created an interesting picture. If you follow this show on ZEE5, you would know how the character of Rasathi is surrounded by problems.

Watch how Rasathi stands strong and faces her problems in life.

In the series, one would see that even as a submissive and meek character Rasathi does not give up hope. She constantly puts up the struggle and sets an example to others. Perhaps it is also the deep understanding of the character of Rasathi that has led the actress Ashwini to such a thought wherein she asks us to think of our problems as a balloon and set it free into the sky.

For every problem you hide, let them go like balloons in the sky. # newyearshow #zeetamil #loveforballoons

Speaking of which, one important thing that all of us should realise is that it is our problems that are holding us down. Holding on to pain is not going to fix anything. Instead what you can do is accept it and let go. Usually, people tend to hold on to their sorrow, as they find a certain amount of comfort in reliving their past. But what these people do not realise is that this attitude not only affects their well-being, but it also creates a problem for the others close to them.

In some cases, people are so bogged down with their problems that they cannot think themselves without that problem. So, it is to people like these that Ashwini is trying to reach out and say to leave behind your problems and start making a change in your life.

Hope you take a note or two out of Ashwini’s message and apply it in your life. In the meantime, do leave your suggestions and feedback in the section below.

Also if you like watching such interesting family dramas, then check out Yaaradi Nee Mohini streaming on ZEE5.

Murad Ali Mohammed, With The Help of His Daughter-in-law, Must Prove His Innocence After His Son Makes An Irrational Decision To Join The Extremists

Dog, Parrot, Lamb – These Cute Pics By Jyothi Of Nachiyarpuram Are Proof She Loves Animals

Sembaruthi 18 July 2019 Preview: Parvathy To Get Caught By Vanaja In The Kitchen