Karthik is a person of determination, he is someone who has overlooked his shortcomings and has loved music above everything. 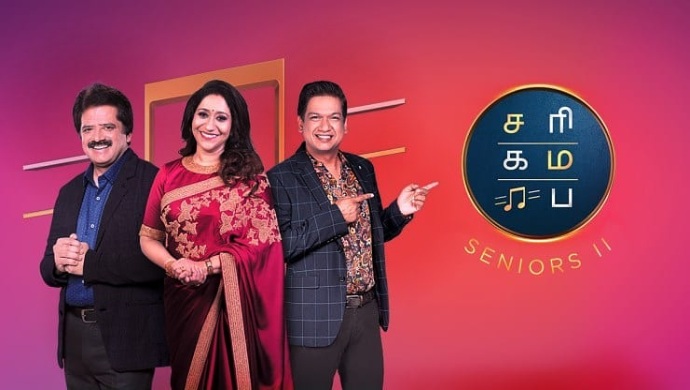 Sa Re Ga Ma Pa Seniors Season 2 is an arena which gives every contestant an unbiased platform to showcase their talents related to the field of music. This show which is hosted by Archana Chandhoke has Yuvan Shankar Raja as the celebrity judge and Srinivas, Sujatha, and Vijay Prakash as the panel judges. The Season 2, which premiered on 18th of May, has already won the hearts of many with strong contenders showcasing their skills in front of the judges.

Watch the musical journey of the contestants in the show Sa Re Ga Ma Pa Seniors Season 2.

Now what affected me most or to be precise who affected most of the viewers of this show, from the ensemble of musicians was none other than Karthik. The fourth episode that aired on 26th May 2019 is when we were first introduced to this talented singer. The first thing that comes to my mind when I think about Karthik is that one line that his mother had to say about him. “Karthik is a person of determination, he is someone who has overlooked his shortcomings and has loved music above everything.”

Karthik who is one among the several contestants of the show is a person with different abilities. As said by his mother he was diagnosed with Autism spectrum disorder (ASD), which is a developmental disorder that affects communication and behaviour. But the manner in which he sings is something that touches your heart and wakes up the sense of having found that missing piece of humanity in you and the music in him overlooks his restrictions.

Karthik stands tall among the other contestants, not just because of his talent but because of his determination. Every time Karthik appears on the stage we do not see Karthik’s difference but we only see his love for the music. And the manner in which sings to express this love, we feel so little in front of what this true lover of music has achieved.

Thus, it was only his determination that led Karthik to this stage where he could come up with the pristine form of music.

Share your thoughts with us in the section given below.