Parvathy And Adi’s Romantic Moments In Sembaruthi Will Make You Go Weak In The Knees!

Adi and Parvathy’s romance is a constant reminder that we too should find someone who loves us, like these two love each other. 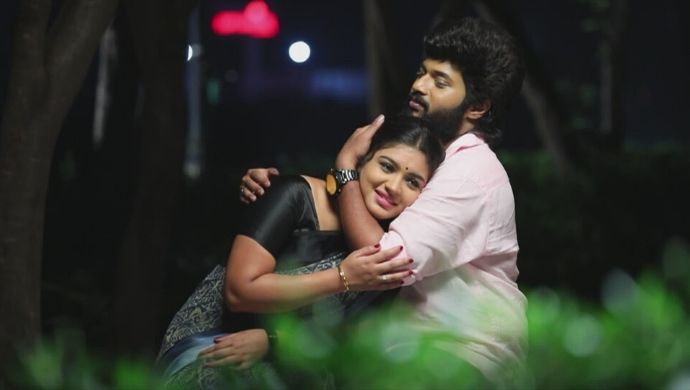 As ZEE5 celebrates Valentine’s Day and the second anniversary of the OTT platform, we’re doing things with 2xthelove! Speaking of love, Sembaruthi’s Adi and Parvathy are one of TV’s most popular couples. It is not surprising that they are fans’ favourite considering how they make a fabulous pair. Not to mention how the romance between them only grows better as each episode passes by.

On the one hand, recent episodes have been rather tense for the two, with the looming wedding and Akhila’s oath to kill herself if Adi doesn’t marry Mithra. However, while we might be on the edge of our seats to know what’s going to happen to Adi and Parvathy, we can’t help but go back in time and relive some of their romance sequences as we celebrate 2xthelove! With that, scroll below and check out some of the beautiful romantic moments between the Sembaruthi couple.

In this adorable video, as Parvathy leans on Adi, he asks her to show her foot so that he can place the toe ring on it. This moment is pure magic!

Right after their marriage, Adi pays Parvathy a visit and talks to her in a very romantic manner. In fact, they feed each other some food too as they spend their first night as a married couple together.

The romance between Adi and Parvathy during their initial stages of the relationship is beautiful. During one of their rendezvous, Adi actually kisses Parvathy on a moonlit night and boy is it dreamy!

Parvathy and Adi’s romance is like a drug- it’s addictive. The smallest gestures portrayed by them on the show really touches hearts, like this instance, when she tended to his wounds and helped him feel better.

The time when Adi helped Parvathy

When Parvathy injures her leg in one of the episodes, Adi ensures to take good care of her, sometimes by picking her up and taking her to her place and other times, helping her walk. Find a man who helps you out the way Adi does!

Currently, on Sembaruthi, Akhila does not wish to hear Adi speak of his love with Parvathy. Instead, she asks him to show up at the kalyana mandapam for his wedding with Mithra. He refuses to go to the hall while Purushottam is left in charge of bringing him there. Meanwhile, Nandini and Mithra are excited about what is going to happen next as it could be the end of Akhila and the Adikadavur family. What will happen next? Will Parvathy and Adi be able to reveal the truth about their marriage to Akhila? You’ll have to stay tuned for more updates!

For more such entertaining content, you can check out some more romantic moments between Adi and Parvathy in the Sembaruthi collections, right here on ZEE5.

How Will Thiru Save Venba In Malaysia And Bring Her Back To Safety?

Sneha Prasanna Looks Angelic In Her Pregnancy Photoshoot - Check Out Her Pictures!