The real-life persona of Shabana is quite different from her role in the series. Shabana is a quirky and fun loving person. 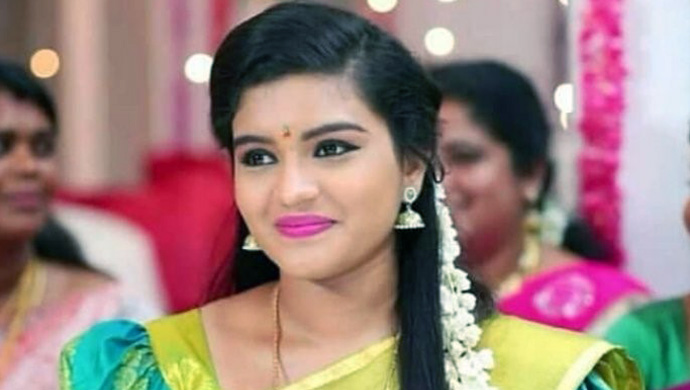 Parvathy from Sembaruthi has gifted enough of drama and emotions for her viewers to ponder and wonder about. For this character is one of the most loved characters of Zee Tamil, along with Adithya. The part of Parvathy is played by actress Shabana Shajahan while the character Adithya is essayed by Karthik Raj. The show that deals with love and relationship of Adi and Parvathy is also something which comments on the social structures and social patterns.

Watch the relationship between Adithya and Parvathy, in the series Sembaruthi.

Shabana has portrayed the part of  Parvathy in a very believable manner, where we get to see the basic emotions depicted in an honest manner. Parvathy who is a simple girl hailing from a small village is naive and good-hearted. But over a series of events that make her fall into love with Adithya, who is the eldest son of her employer, we see the character develop and show shades of strength and confidence.

The real-life persona of Shabana is quite different from her role in the series. Shabana is a quirky and fun loving person who believes in ideating her thoughts and expressing views on her Instagram page. Over the series of thoughts and beliefs that she has shared we as her fans have learned many things about life. In a similar incident, this time Shabana shared a thought that Warren Buffett has ideated.

Warren Edward Buffett who is an American business magnate is also considered as the third-wealthiest person in the world. In this dialogue that the actress has shared Warren Buffett asks us to think about things in a logical way before reacting to each and everything that is said to you. He also says that it is important to let things go and understand their significance in your life as to how much they could affect you otherwise.

Thus, in a few words, the actress and the business tycoon asks us to be positive in life and take everything with a pinch of salt. So, what is your opinion about this thought? Share your views with us in the section given below.

Also, check out Bollywood movies section available on ZEE5, if you like watching Hindi movies.