Watch Chemistry Class, a special show, to see which of the Zee Tamil reel couple shares the best chemistry on screen. 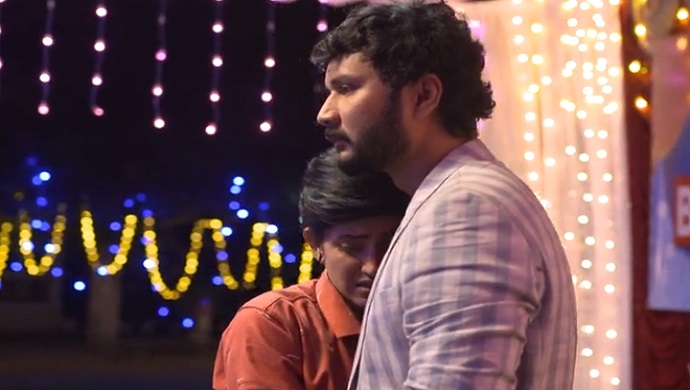 On the occasion of India’s 73 Independence Day, your favourite channel hosted a unique programme titled Chemistry Class. The show was presented to see which Zee Tamil couple shares the best chemistry on the screen. Hosted by VJ Kamal and Ashwin Karthik, the Chemistry Class had seven reel couples as participants. Among them were Sathya and Prabhu of Sathya, Rishi and Durga of Piriyadha Varam Vendum, Poongodhai and Dr Azhagappan of Yaaradi Nee Mohini, Abirami / Anuradha and Sanjeev of Rettai Roja besides three other couples.

The hosts showcased their comic timings and wit by cracking impromptu jokes and made the couple perform activities to see who shared the best chemistry. For the unversed, Prabhu (Vishnu Vijay) and Sathya (Ayesha), who are popular among their fans as Amul Baby and Rowdy Baby respectively, looked adorable together. Rishi (Vimal Venkat) and Durga (Madhumita) also looked cute as a couple. All the participants were expected to play fun games to test their compatibility level. To know who emerged as the winner, you will have to watch the video shared above.

For those who joined in late, Sathya is one of the most popular Tamil daily soaps. Its a love story of a tomboyish girl while Piriyadha Varam Vendum is a love story based on the concept of reincarnation. Yaaradi Nee Mohini is supernatural thriller while Rettai Roja is a story of twin sisters and the rivalry between them. Enjoy the video shared above and let us know who is your favourite couple. Leave your comment in the box below and for more entertainment, watch Sembaruthi starring Priya Raman, Karthik Raj and Shabana Shajahan on ZEE5.

Check Out Parvathy's Fan Moment With Her Idol Sneha Prasanna