These photos of Shabir Ahluwalia with wife Kanchi Kaul will melt your heart. 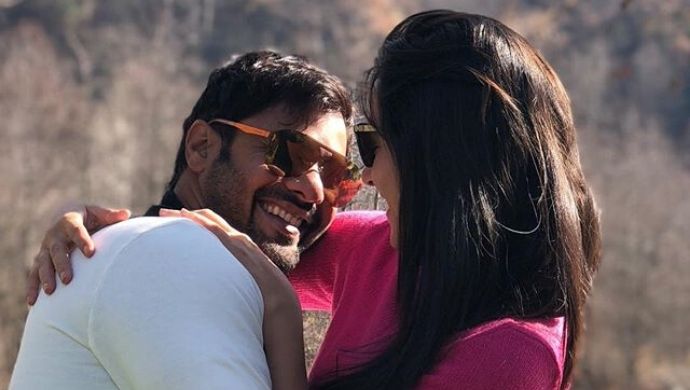 That Shabir Ahluwalia is still head over heels in love with his wife, Kanchi Kaul, is known to everyone who follows him on Instagram. The actor might not be too active on social media but does not step away from indulging in lots of PDA with Kanchi. Shabir and Kanchi dated each other secretly without letting anyone get a whiff of what’s really going on, only to announce their engagement publicly. The two met each other through Ekta Kapoor and tied the knot back in 2011. Shabir makes up for all his secret dating time by going gaga over his wife on social media. His posts with Kanchi are the sweetest and they will literally melt your heart.

Check out these photos of the two right here.

My centre , my universe , my greatest blessings and my deadliest sin , i love you for who you are , and what you do to me @kanchikaul #anniversary

Doesn’t this make you wish someone wrote such cute words for you, too? And you think he is romantic at heart only in the show!

Happy birthday my love , thank you for the joy you bring to all of us , you are my life , my world , and the biggest and best part of me , i love you ❤️❤️❤️ #happybirthday

Shabir and Kanchi will complete eight years of being married this month and we are hoping to see another mushy post on Instagram.

My today and all of my tomorrow’s ❤️ @kanchikaul

Shabir and Kanchi are proud parents to two sons, Azai and Ivarr. Shabir is also a doting father who spends a lot of quality time with his kids. He also posts a lot of pictures and videos with his kids on Instagram.

Shabir and Kanchi’s wedding was one grand and star-studded affair. Since they kept their relationship secret from the media for a long time, they gave paparazzi access to cover their wedding.

We wish these two lots of happiness and hope they continue to give us major couple goals every time.