Madhumita tries to get too close to Rishi but he likes to maintain a distance. He disapproves her idea of public display of affection. 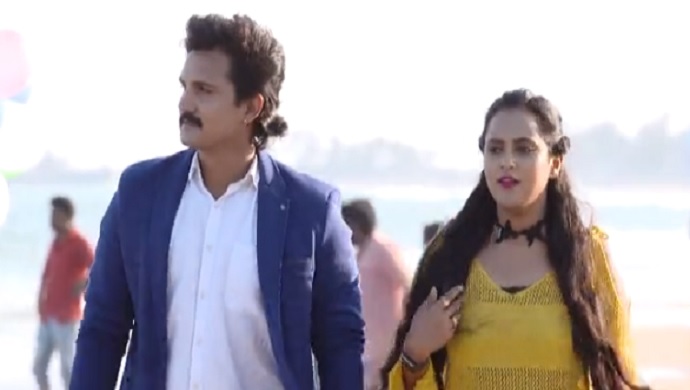 Madhumita of Piriyatha Varam Vedum has become very possessive about Rishi ever since her engagement ceremony with him got disrupted due to a short circuit. Her friends ask her to keep a close watch on Rishi, and she looks determined to keep him hooked to her. Rishi may not be as possessive about Madhumita, but his mother is. Chitra Devi has made it clear to Madhumita that she will never accept anyone else as her daughter-in-law.

She didn’t want Madhumita to lose hope after her engagement ceremony ended up getting called off due to the untoward incident. So to cheer her up she says that she will get her engaged to her son at the earliest.

However, no one knows that there’s someone who doesn’t want Rishi to get married to Madhumita. It is none other than Chitra’s closest and most trusted aide. He was the one who had lit Maadhevan’s funeral pyre in the previous birth. He knew that Maadhevan and Amaravathi’s love was serene and believed they would reunite to complete their unfinished love story. He takes rebirth to help Rishi and Durga reunite by eliminating Madhumita and Chitra from their lives.

Rishi is happy with his mother’s choice (Madhumita) but is not as possessive as her. She tries to get too close to him but he likes to maintain a distance. He disapproves her idea of public display of affection. Will Rishi realise that Madhumita is not the right girl for him?

For the unversed, Piriyatha Varam Vendum is a story based on reincarnation. The narrative will move back and forth in time to reveal the connection of the past to the present. Rishi who was Maadhevan and Durga who was Amaravati in the previous birth, get killed by Mithrasenai (Madhumita).

Mithrasenai wanted to marry Maadhevan, the Prince, but he was in love with an ordinary village girl. Piriyatha Varam Vedum, which went on air on June 17, stars Vimal Venkatesan, Madhumita, Priyanka and Shailaja Priya in the lead roles.

For more entertainment, watch Sembaruthi, the most popular show, only on ZEE5.