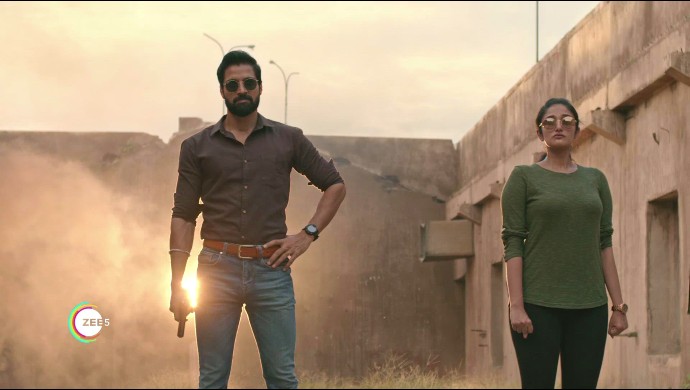 It’s a known fact that all sorts of crime, petty and heinous, exist in our society. There have also been a lot of shows that highlighted these crimes. Though Police Diary 2.0 is also a crime drama, it’s more from the perspective of the police and how they go about solving these crimes. The first two episodes are out already and this one has been directed by Shivaganesh. One of specialities of this series is that every story has been directed by a different director so as to bring a new flavour to the series.

The first story from the series revolves around a Naxal group that wants to seek revenge from a certain police officer who had carried out an operation and killed several of their number in the past. The director has stuck to the reality of certain situations that people go through or face regularly. The actors do complete justice to their roles in the series and the story takes very interesting twists and turns. Although it leaves you wishing that the intimate scenes were shot more aesthetically, it adds to the character and does not look vulgar.

The makers have kept the suspense factor alive which makes you watch the next episode immediately. What I really loved about the first episode was how they did not restrict the woman’s complaint to just a complaint. She went on to chase the guy and tackles the situation bravely. It’s going to be an interesting watch, especially for all the women out there. Since it’s going to be different stories every week, you end up waiting eagerly to find out what next week’s story is going to be.

Gokulathil Seethai Promo: A Unique, Romantic Love Story That Will Tug At Your Heartstrings