Shiva picks up the chit with vermillion but before he sees it, Nagalakshmi changes it by asking Subhadra to pretend as if she is injured. 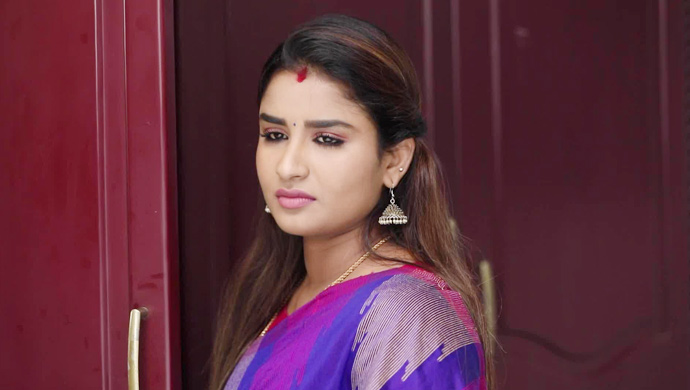 What will happen in today’s episode of Poove Poochoodava? Shiva is in a dilemma because, on the one hand, he has his mother, and on the other, his wife. Shiva, who never wanted to get married, is now heading for divorce. He never thought he would fall in love with Shakti, but he has not lost his heart to her. Shiva knows that Shakti has suffered a lot and wants to see her happy.

Shakti knows that Nagalakshmi and Subhadra will never let her stay with Shiva so she wonders what she can do to make sure her divorce doesn’t take place. She knows that Subhadra is capable of going to any extent to get her separated from Shiva. Will Shakti be able to influence Shiva’s decision at the family court during the final divorce counselling session?

For those who joined in late, Shiva, who earlier never believed in God, stands in front of the deity to seek his blessings. He is confused since he doesn’t know whom to choose – his mother or his wife. To end his dilemma, he makes small chits of paper with Kumkum (vermillion) in one and Vibhuti (sacred ash) in the other.

He picks up the chit with vermillion but before he sees it, Nagalakshmi changes it by asking Subhadra to pretend as if she is injured. Thus by diverting Shiva’s attention, she gets a chance to change the chit of vermillion with one consisting of the sacred ash. Will Shiva divorce Shakti? Let us know what you think in the comments below!

For more entertainment, check out the videos of Piriyatha Varam Vedum on ZEE5.