Poove Poochoodava: Will Shiva Choose His Mother Or Shakthi?

Shiva is in a dilemma because he gets sandwiched between his step-mother, Subhadra, and his wife, Shakthi. 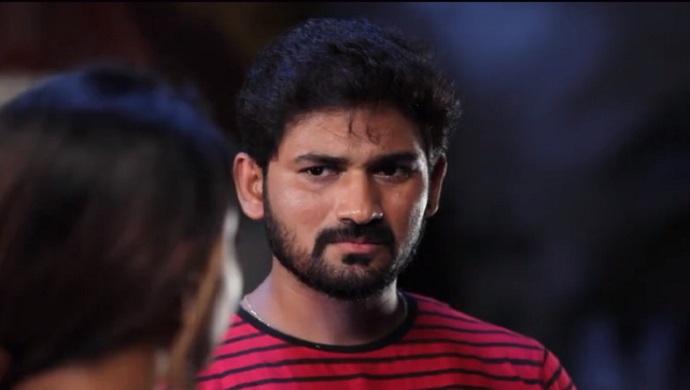 Destiny plays weird games with people. None can guess what it has in store for them. This saying stands true for Shiva and Shakthi of Poove Poochoodava, who were destined to get married but circumstances have compelled them to head for a divorce. Interestingly, Shiva and Shakthi, who married only to ensure their siblings’ marriage takes place as per their will, ends up falling in love.

Shiva is in a dilemma because he gets sandwiched between his step-mother, Subhadra, and his wife, Shakthi. On the one hand, Shiva gets reminded of the promise he made to Subhadra (who emotionally blackmails him and asks him to leave his wife), and on the other, he thinks of his love for Shakthi that has grown profound with time. Meanwhile, Shakthi, who loves Shiva more than anyone else, agrees to accept his decision to divorce her stating that she will be happy if he is happy. The two lovebirds are sacrificing each other’s love.

Unfortunately, Shiva does not know that his step-mother is his biggest enemy. All Subhadra needs is his wealth. Along with her mother Nagalakshmi, Subhadra hatches a plot to blackmail Shiva and make him feel that she cares for him more than her biological son Sundhar. Sundhar and his wife Meenakshi don’t want Shiva and Shakthi to get separated. No one knows why the two are heading for a divorce. What will Shiva do now? Who will he choose – his step-mother or his wife?

For more entertainment, check out Piriyatha Varam Vendum on ZEE5.