Sundhar looks determined to save his brother Shiva and Shakthi's marriage. But what will he do to stop their divorce? 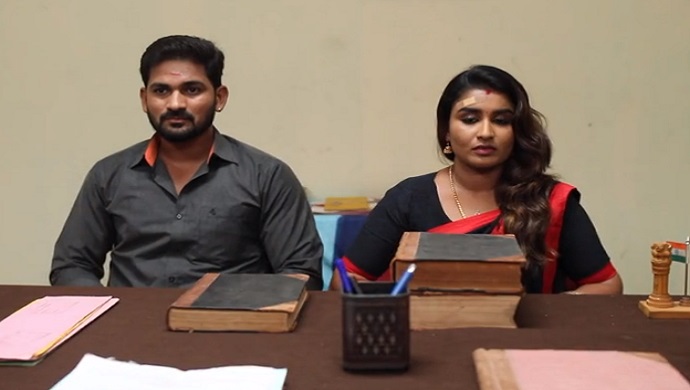 If you are a fan of Poove Poochoodava, then here’s good news for you. Shiva and Shakti have been given a month’s time after the final divorce counselling session to take a final call. Both Shiva and Shakthi have mutually agreed to divorce each other inspite of being in love. For the unversed, Shiva gets bound by the promise he made to his step-mother Subhadra that he would choose her over Shakthi. Hence, he heads for a divorce even after knowing that he will not be able to survive happily without her.

Sundhar, Shiva’s half-brother and his wife Meenakshi ( Shakthi’s elder sister) don’t want the couple to head for splitsville. He meets Venkat, who is handling Shiva and Shakthi’s divorce matter in the court and asks him to stop the legal separation from happening. Venkat says that they can’t legally do anything to stop the divorce because Shiva and Shakthi have mutually agreed to get separated.

Sundhar feels guilty of being the cause of all problems. He knows that Shiva and Shakthi have ruined their loves to get him married to Meenakshi. So he decides to do something to save their marriage. However, he does not know that his mother Subhadra wants Shiva to divorce Shakthi. Sundhar has a month’s time to make sure Shiva and Shakthi do not get separated. What will he do now?

The show starring Reshma Muralidharan and Karthik Vaudevan is one of the most popular Tamil shows on television. For more entertainment, watch Sathya on ZEE5.