In this web-post, we will take a look at the best scenes from the first five episodes of the series. 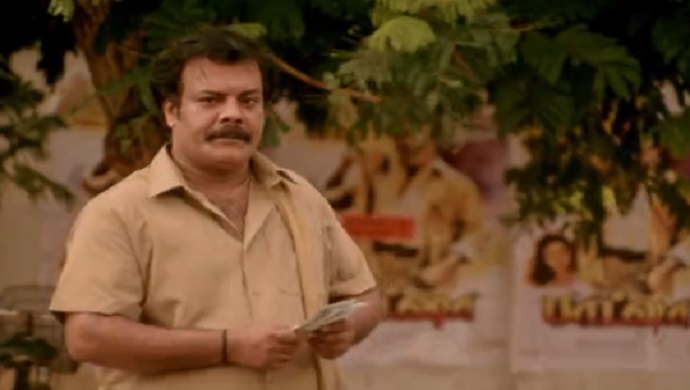 You may not understand the significance of a hand-written letter, especially if you grew up in the era after the advent of the internet and mobile phones. However, if you wish to know what letters meant to the people of the 1990s and before that, watch Postman, a ZEE5 series directed by Prashanth Gunasekaran and starring Munishkanth and Keerthi Pandian in the lead roles.

Watch the trailer of Postman here:

In this web-post, we will take a look at the best scenes from the first five episodes of the series. The episode begins with the introduction of a postman named Raja, who happens to be a big fan of Thalaivaa aka superstar Rajinikanth.

1. In the first episode titled Vara Vendiya Nerathula Correct Ah Varuven, Raja regains consciousness after slipping into a coma 23 years ago. He had lost consciousness after meeting with an accident on the day he watched four back-to-back shows of Basha in a movie theatre. So has the memory of cheering for Basha, when he wakes up! He regains control of his senses after hearing Rajinikanth’s decision to enter politics during an interaction with fans, on television.

2. The second best scene is also from the first episode when Raja steps out of his house to deliver the 8 letters that were lying in his bag for 23 years. Rajini, his daughter waits for him outside the house and is surprised to see him wearing the Khaki uniform of the postman. Raja looks elated as he wears his uniform after a hiatus of 23 years!

3. In the second episode titled Ketta Payyan Sir Indha Kaali, Raja and Rajini visit the residence of a man without knowing that he is a psycho killer. The weird behaviour of the man is worth watching when he asks them what they would like to have – tea or coffee. Raja opts for tea while Rajini says coffee. The killer says everyone must have coffee even after giving them a choice! The scene is funny yet spooky because of the killer’s psychotic behaviour.

4. The third episode around an elderly scientist suffering from Disassociate Identity Disorder. Raja and Rajini’s interaction with the scientist named Issac is hilarious. This scene deserves a special mention.

5. And last but not least, the fifth best scene is from the episode titled Thirumbi Vanthuten Nu Sollu. The episode is about two lovers who parted ways owing to a misunderstanding. They remain unmarried in the hope of having each other in their lives. In the end, they meet and how! Their common friends cheer for them, and they reunite amid the sounds of applause.

The next five episodes of Postman will be out on July 4. Let us know which is your favourite episode of the series so far by leaving your comment below.

Sembaruthi's Vanaja Aka Lakshmi Dubs Like A Boss, Watch Videos