When Raja finally delivers Rishi's letter, his mother hands it over to Santosh, unaware that Santosh is wanted by the cops. Will cops arrest Santosh? 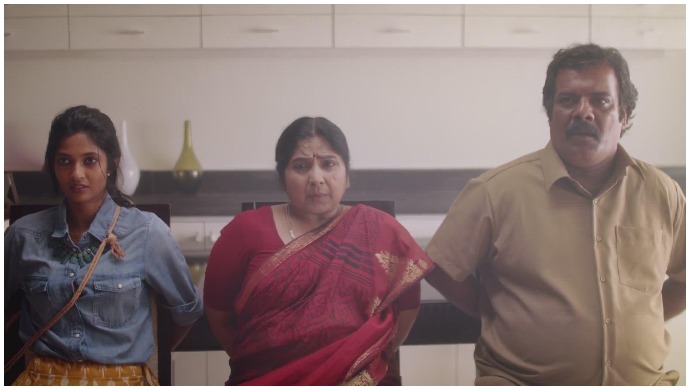 In the previous episode of Postman, an ardent Rajnikanth fan, postman Raja skips his duty to deliver the last eight letters of the day and goes to watch Rajini’s latest release Baasha. Later that evening, while returning home, Raja meets with an accident and slips into a coma. He wakes up after 23 long years. He is shocked to see his daughter Rajini all grown up. Unfortunately, he was not conscious when his grandmother passed away. However, his daughter not only helps him with recovering and getting him back on his feet but also reminds him of his past. When Raja recollects those undelivered letters, he feels guilty for not being able to deliver the letters as it could have carried important messages. So, he gets on to his bicycle to finish his incomplete task. Raja decides to deliver the letters in 2018. His daughter, Rajini, joins him.

In the second episode, a boy named Rishi posts a suicide letter for his mother back in 1995. In the present time, Santosh, a man, who is in his 40s, kidnaps older security guards, slits their throat and kills them. Twenty-three years later, Raja and Rajini meet Rishi’s mother and drop off their son’s letter. The woman breaks down and tells Raja and Rajini that it is her son’s suicide letter. She also reveals how Rishi’s roommate Santosh was sent to jail for ragging Rishi and charged with murder under circumstantial evidence. Rishi’s mother feels guilty of sending a young boy to jail and ruining his life. So, then the three decide to meet Santosh to apologise for their mistakes and handover Rishi’s letter to him.

When they reach Santosh’s house, we learn that it is the same guy who killed the security man. Raja, Rajini and Rishi’s mother ask Santosh for forgiveness, and the latter tells them that he has forgiven them. Santosh then makes coffee for the three while they watch TV, where news about a psycho killer is flashed. The three are shocked to learn that the killer is none other than Santosh. Even as news of Santosh is being aired on TV, the latter ties them to a chair and demonstrates how he kills a man live. While he does so, Rajini smartly acts to this situation.

Rajini secretly calls the cops on her cellphone and keeps it on while she interrogates Santosh about the old man and the reason behind killing him. Santosh also reveals that when he came out of jail, he killed a guy to go back to the place where he came from. However, he was not caught and so he started to enjoy the thrill to kill security guys. He started killing them smartly without leaving any proof. He also reveals that he targets only security guys because no one really cares about their deaths.

The cops, who listen to the call carefully, reach the spot on time and rescue the unconscious man as well as Raja, his daughter, and Rishi’s mother. Raja feels proud of his daughter while he also is disappointed to have missed 23 years of his life. While Raja is scared to deliver the rest of the letters, Rajini convinces him to do it. The two then leave to deliver their next letter. What lies ahead of the father-daughter duo? Stay Tuned!

When Raja realises that he’s in a trap, will he manage to escape? If you like watch Tamil web series, you can also check out Auto Shankar, streaming on ZEE5.