Will Raja be able to keep up his promise he made to his daughter Rajini? Read the full update. 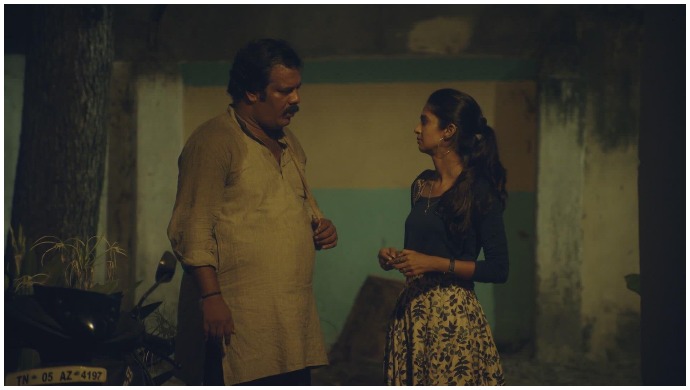 In the previous episode of Postman, a boy named Rishi posts a suicide letter for his mother back in 1995. In the present time, Santosh, a man, who is in his 40s, kidnaps older security guards, slits their throat and kills them. Twenty-three years later, Raja and Rajini meet Rishi’s mother and drop off her son’s letter. The woman breaks down and tells Raja and Rajini that it is her son’s suicide letter. She also reveals how Rishi’s roommate Santosh was sent to jail for ragging Rishi and charged with murder under circumstantial evidence. So, the three of them decide to meet Santosh to apologise for their mistakes and handover Rishi’s letter to him. Reaching there, they realise that Santosh has turned into a psycho killer and is wanted by the police. Rajini, with her good presence of mind, manages to put Santosh behind bars.

In the third episode, a scientist named Dr. Isaac is seen working on research, while his pregnant wife tries to reach out for help. Despite an emergency, Isaac fails to hear his wife. However, the housemaid takes his wife to the hospital. When Isaac gets done with his scientific discovery, he finds out that his wife has been hospitalised, he rushes to the hospital to see her. However, her parents do not allow him to meet their daughter. They instead handover a letter to Isaac that states that his wife does not wish to see him ever again. Apparently, she leaves him for his negligence during her pregnancy. Dr. Isaac, who becomes a father, does not even know whether his wife delivered a girl or a boy child.

In the present time, Raja goes to deliver the second letter to the scientist Dr. Isaac. While Raja is being hesitant about completing the task, Rajini is very keen on delivering it and therefore, convinces her father to accompany her. As they deliver the second letter, which was written by  Dr. Issac’s wife, to the doctor, they find out that Dr. Isaac is suffering from Dissociative identity disorder. This illness is caused after  Dr. Isaac meets with an accident due to the trauma of his wife leaving him. A boy, who is writing a book on Dr. Isaac’s research, takes care of him and he reveals Dr. Isaac’s story to Rajini and Raja.

Later, Rajini, who knows that Raja is not her father but only brought her home when he found her on the streets, asks Raja about her real parents. Raja, who does not remember anything, tries to recall but is unable to retrieve any information from the past. However, curious Rajini, who desperately wants to find out her true parentage, insists him to recall his past due to which Raja falls unconscious. Rajini rushes him to the hospital, where the doctor tells her that she can’t stress him out as he is still very weak. Then, while heading home, Raja makes a promise to Rajini that he will find her parents out before they deliver all the nine letters. Will Raja be able to keep up his promise he made to his daughter Rajini? Stay tuned!

If you like watch Tamil web series, you can also check out Mrs. Subbalakshmi, streaming on ZEE5.

Sowkarpettai Trailer: Raai Laxmi Will Send Shivers Down Your Spine

Sembaruthi: These Cute Moments Of Adi & Parvathy Prove That They're Made For Each Other