Sameer finds a shocking truth about his son's death 23 years later. Will he be able to punish the murderer? Read the update. 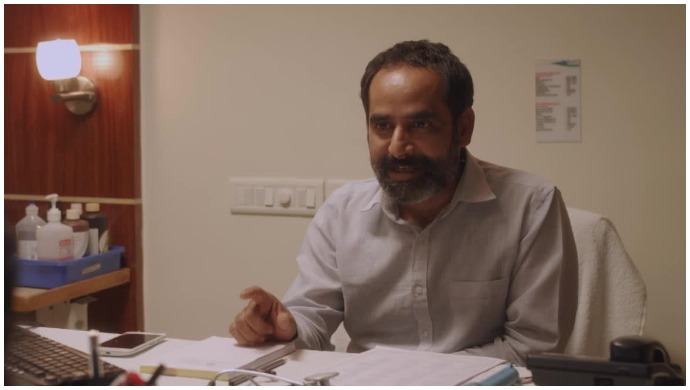 In the previous episode of Postman, Anitha writes a letter to Dr. Chandrasekar in 1995. In the present time, when Raja and Rajini deliver the letter to Dr. Chandrasekar, he gets nostalgic and remembers the moments spent with Anitha. On Rajini’s request, Chandrasekar shares with her about his college days, their love, and how Anitha broke up without giving him a reason. He also tells them that the next day is their college reunion but he might not go there as he won’t be able to see Anitha attending it with her husband. Hearing his story, Rajini and Raja not only help Chandrashekar attend his college reunion but also express their interest to meet Anitha. On reaching the reunion, Chandrasekar learns that Rajini is still in love with him, rushes to meet her. The two reunite after 23 years.

In the fifth episode, Twenty-three years ago, before Raja became unconscious, Sameer and Vidya had applied for a divorce, leaving their son with Vidya’s brother Dr. Vishwa. Later, their son died of a seizure attack. In the present time, Sameer, who is a private detective, gives an interview to a channel, where he reveals his success and failures on the news show. Meanwhile, Raja, who has regained his consciousness, meets Sameer to hand him the pending letter. Sameer realises that it’s from his son. He goes into a state of shock after reading the letter.

When Raja and Rajini learn the contents of the letter, the three of them decide to punish the murderer of his son. They go to meet Vidya’s brother Dr. Vishwa. While Raja and Rajini sit outside, Sameer goes to meet him and records everything Dr. Vishwa says about the crime he committed 23 years ago. Dr. Vishwa not only confesses to being a pedophile but he also reveals how he molested Sameer’s son. The doctor further reveals that he murdered the boy on finding out that he has been trying to reach his parents to expose him. As the doctor’s confession goes live on social media, he commits suicide to escape the embarrassment. Will Sameer ever be able to get over this reality! Stay tuned.

And, if you love to watch Tamil dramas, you can check out Poove Poochudava on ZEE5.