Director Prashanth Gunasekaran's Postman, a ZEE5 Original Series starring Munishkanth and Keerthi Pandian, will take you down the memory lane. 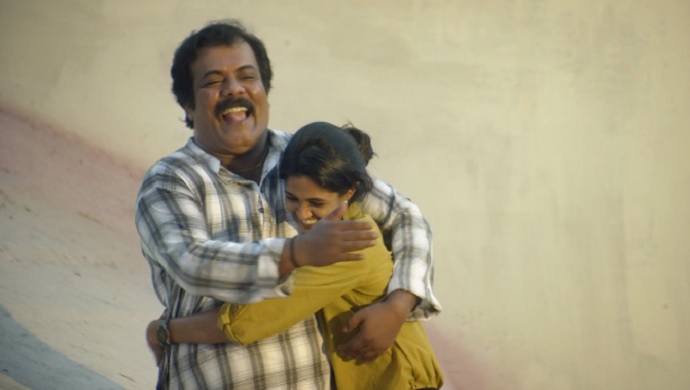 If you were born before the advent of the internet and mobile phone, you would understand the significance of a hand-written letter. A letter reflects the sender’s state of mind while the recipient experiences the emotions enveloped in the piece of paper. Director Prashanth Gunasekaran’s Postman, a ZEE5 Original Series starring Munishkanth and Keerthi Pandian, will take you down the memory lane and keep you glued to the screen.

Watch the teaser of Postman here:

The first episode opens with the introduction of a postman named Raja, who is a diehard fan of superstar Rajinikanth. On the day of release of Basha (1995), Raja chooses to watch four back-to-back shows of the film instead of doing his duty, that is, to deliver eight letters! A day that Raja spent inside the movie theatre cheering for his idol, ends on a tragic note after he meets with an accident, as a result of which he slips into a coma. What happens when he regains consciousness after twenty-three years, forms the crux of the web-series.

The first five episodes of Postman are out, and each segment belongs to a different genre. The director has beautifully narrated four stories which exhibit a variety of emotions. The first one is about a psycho-killer who derives sadistic pleasure by killing people. The second one is about a scientist who suffers from a dissociative identity disorder. This episode exhibits humour of a different kind that is bound to tickle your funny bone. The third episode revolves around a man and a woman who dated for five years during their college days. Why they broke up 23-years-ago, gets revealed in this segment. And the fourth segment is about an award-winning detective who has solved all the cases he has taken up except for one! Wondering what it is? To know, check out the series on ZEE5.

The series explains how different emotions influence a person’s life, and the makers of the original have woven it together by showcasing the bond between a father and his daughter. When Raja comes out of coma 23-years after meeting with an accident, he finds his daughter Rajini by his side. Interestingly, Rajini is not his biological daughter. However, she comes across as the ideal daughter every parent would want to have in their life.

Rajini, who has been brought up in the age of technological advancement, wishes to know how the experience of reading a letter feels like and hence, she encourages her father to handover those eight undelivered letters to the recipients.

Raja’s attitude, mannerisms, style and conduct mirror superstar Rajini’s personality. Munishkanth as Raja, a Thalaivaa fan, is an absolute treat to watch while Rajini will remind you of the brave, sensitive and sensible girl of today’s times.

Raja promises Rajini that he would find out who her parents are before they complete delivering the remaining four letters. Who are Rajini’s parents? Does one of the letters have the answer?

Postman is a must-watch. Waste no time and start watching the series on ZEE5 right away.

If you like watching web series, watch Auto Shankar streaming on ZEE5.

Sembaruthi's Vanaja Shares A Post About Her Off Screen Sweethearts, Don't Miss