Prashanth Gunasekaram, the director, has kept the focus on a variety of emotions that keep the narrative interconnected. 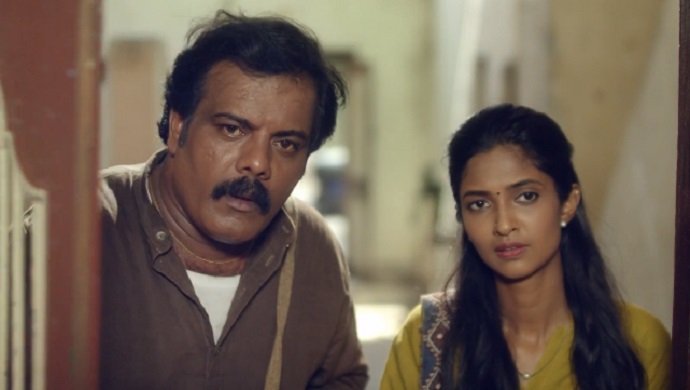 In our first review that covered the first five episodes of the Postman series, we told you how letters played a crucial role in the era before the advent of mobile and internet. The emotional journey continues, and it turns out to be an extremely satisfying one for not only Raja and Rajini, but a host of other people.

Watch the trailer of Postman here:

Raja and Rajini gear up to deliver the remaining four letters and explore the secrets enveloped in them.
The sixth episode titled Yemaatharavana Vida Yemaravan Thaan Muttal, Na Yemandhutten narrates the tale a man who spent most of his life nursing hatred for his father. How Raja and Rajini open the blindfold from his eyes to see reality as is, will make you overwhelmed.

In the seventh episode titled Nallavangala Sodhippaan Aana Kai Vida Maattan, Raja and Rajini help a married couple reunite after 23 years. The couple gets separated after the girl’s parents disapprove of her inter-caste marriage. She gets forcefully taken away from her husband, and their girl child gets lost in the bargain. Raja volunteers to help the man in finding his lost daughter. To know what he does, you will have to watch the series.

The eighth episode Natpu Na Enna Nu Theriyuma, set in the 1960s will melt your heart for sure. It’s about the friendship between a Hindu (Ravishankar) and a Muslim (Ibrahim) boy. They get separated after the Muslim boy’s family leaves for Pakistan. A letter sent by Ibrahim in 1995 states that he has moved to Rawalpindi from Lahore. The purpose of the letter was to share his new address with Ravishankar. Both Ravishankar and Ibrahim want to meet each other once before they breathe their last. Will Raja and Rajini help them?

The Ninth episode Kedaikuradhu Kedaikkama Irukkaadhu Kedaikaama Irukardhu Kedaikkadhu describes the beauty of Thirukural and its relevance today. The makers have conveyed the message by narrating a story of two brothers.

And last but not least, the final episode reveals who Rajini’s biological parents are.

Prashanth Gunasekaram, the director, has kept the focus on a variety of emotions that keep the narrative interconnected. The eight letters are all independent but get woven with a common thread. This series is like a breath of fresh air for viewers and highly recommended. If you love Bollywood songs, check out the videos streaming on ZEE5.

Vennila Is The Naughtiest On The Sets, Says Swetha Of Yaaradi Nee Mohini