Prabhu To Return To The Hospital To Tie The Scared Thread To Sathya?

Fans of Sathya, who want to see her get married to Prabhu will shower him with blessings for visiting the hospital to do what is needed. 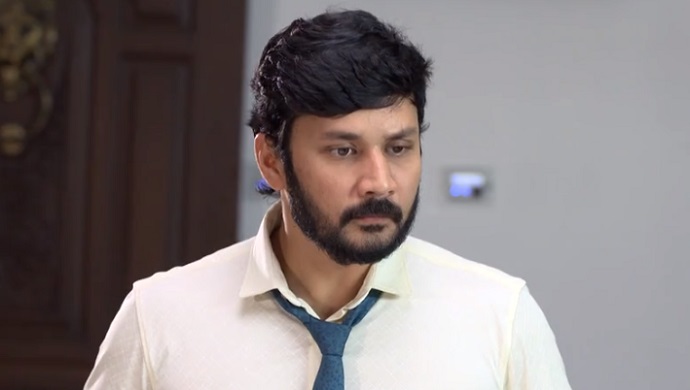 Yesterday, Prabhu looked determined that he would never meet Sathya again, but in today’s episode, he might have a change of heart. Prabhu, aka Sathya’s Amul Baby, may return to the hospital to tie the sacred thread to Sathya’s hand. Sathya’s friends had requested Prabhu to tie the holy thread to her, but he refused to do so yesterday.

Fans of Sathya, who want to see her get married to Prabhu will shower him with blessings for visiting the hospital to do what is needed. Sathya needs the blessings of the Almighty. If there’s anyone whom she loves after her father, it is Prabhu. Hence, his presence will matter a lot to her. However, Sathya hasn’t regained consciousness, but thankfully, she is out of danger.

For the unversed, here’s a flashback to the story. Prabhu did not disclose the fact that he is already engaged to Divya. He continues to hang out with Sathya and her group of friends, and unintentionally does things that make her assume that he loves her. Sadly, she isn’t aware that he is engaged to her elder sister, Divya. Sathya falls in love with Prabhu and hopes that he will reciprocate. Hence, on the eve of her birthday, when he organises a surprise bash for her, she proposes to him. This moment rattles Prabhu, who lands in a dilemma. He wonders how he would reveal his relationship status to Sathya.

But destiny had something else planned for him and his friend. Sathya meets with an accident and slips into coma after surgery. When she regains consciousness for a while before undergoing an operation, circumstances compel Prabhu to accept her proposal. And now, Prabhu wishes to walk out of her life, since he feels he wouldn’t be able to face her after she regains consciousness. Watch Sathya and for more entertainment, check out Rettai Roja, a new show about identical twin sisters.