The stylist of Rettai Roja has given a unique touch to Abi's half-saree look by making her wear brocade/ printed blouses to enhance the attire. 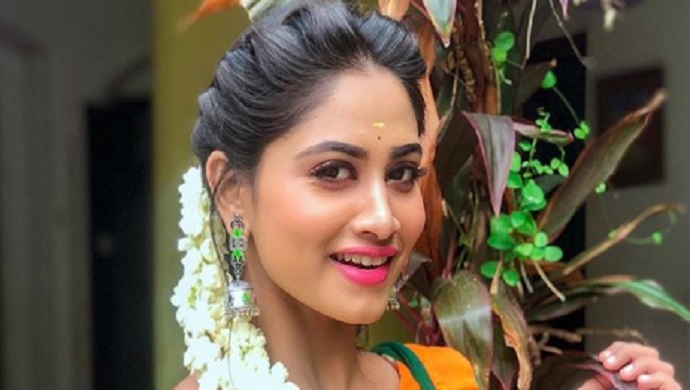 The latest diva to make a splash on Zee Tamil is Shivani Narayanan. As twin sisters Anuradha and Abirami, Shivani plays two diverse characters who are poles apart. The only thing that’s common between them is their appearance. Anu and Abi are identical twin sisters with Anu being the elder one.

Anu is an advocate while Abi restricts herself to doing household chores. Anu comes across as a modern girl who carries western outfits well. While Abi chooses to drape the half-saree, that has been the traditional attire for unmarried girls in South India for generations. In this web-post, we will tell you what a half-saree is and why we feel Abi has the most beautiful collection of the three-piece garment.

For the unversed, a half-saree consists of a flared skirt (called pavadai), a blouse and a dupatta (davani). It is similar to the Ghaghra choli of North India.

Attract by the way you live … Happyy Sundayy Lovelies ❤️

The stylist of the show has given a unique touch to Abi’s half-saree look by making her wear brocade and printed blouses. This addition has enhanced the overall look of the attire.

Karthik Raj, Madhan Pandian And Reshma Reya With Their Pets Will Make Your Day, See Pics