Rishi Of Piriyadha Varam Vendum Looks Unrecognisable In These Pics

Though Rishi looks equally charming in the old pics, he looks entirely different. He sports a different hairdo and a clean shaven look in the pics. 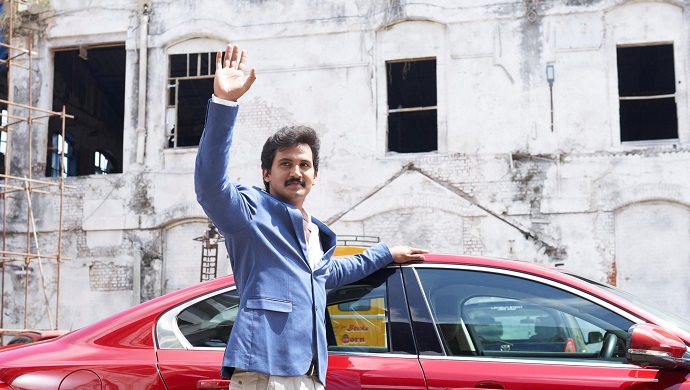 If you are a fan of Rishi of Piriyadha Varam Vendum, then you would be surprised to know that the hunk of an actor had started his career as a model. Today, when we browsed through his Instagram posts, we came across some of his old pics, that would make your jaw drop in complete disbelief. In the pics, Rishi aka Vimal Venkatesan looks unrecognisable. Yes, you would wonder if the man in the pics is your favourite Rishi.

Though Rishi looks equally charming in the old pics, he looks entirely different. He sports a different hairdo and a clean shaven look in some of the photographs. You will have to see it to believe it.

In this pic, Vimal sports a stubble.

These pics were shot when he was modelling. Now, is it not amazing to see a person transform! Rishi aka Vimal is one of the most good-looking men in the Tamil TV industry. His style and aura are matchless. And his on-screen chemistry with Durga (Madhumitha) sets the screen on fire.

Sathya And Prabhu’s Wedding Sequence Will Leave You In Splits

Parvathy Aka Shabana Shajahan’s Glamourous Avatar Will Drive Away Your…

For the uninitiated, here’s a summary of the story. Rishi and Durga have taken a rebirth to complete their unfinished love story. Rishi was Maadhevan, a Prince in the previous birth while Durga was Amaravathi, a commoner. The Royals disapproved of his relationship with the village belle, thus their love story ended on a tragic note. They have reincarnated centuries later to revisit their incomplete tale of love. Will they be able to unite without facing roadblocks? To know whether or not they will be able to unite in this birth, watch Piriyadha Varam Vendum which also stars Priyanka and Sailaja Priya. And for more entertainment, watch Oru Oorla Oru Rajakumari, on ZEE5.