Sa Re Ga Ma Pa Seniors Season 2: All You Need To Know About Toronto’s Thamiraa

Thamiraa's first Guru is her mother, who hails from a family of musicians. So music is in her genes. 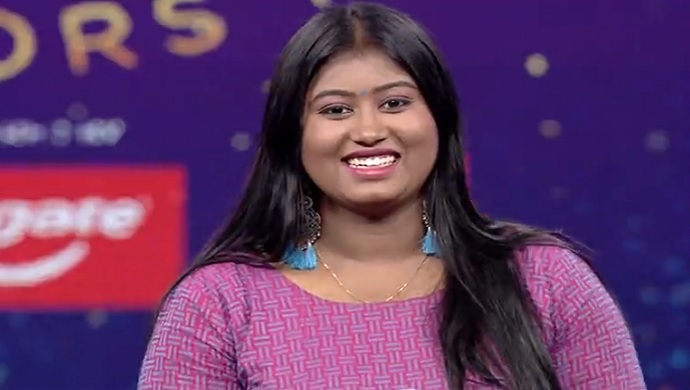 Sa Re Ga Ma Pa Seniors Season 2 is an immensely popular show not only in Tamil Nadu but across the globe. Singers well-trained in music or naturally gifted artists travel from various parts of the world to take part in the show. One such contestant is Thamiraa from Canada, who has won the viewers’ heart with her singing prowess.

Thamiraa, who is from Toronto, has spent most of her life in the Canadian capital city. She began taking lessons in music at the tender age of four. Thamiraa’s first Guru is her mother, who hails from a family of musicians. So music is in her genes. Three other people form the backbone in her musical journey and they are her grandmother, who used to teach Tamil in Sri Lanka, her father who encouraged her performances and her younger sister Sharmiraa, who also happens to be her biggest critic.

Thamiraa’s mother wanted to be a singer but she couldn’t pursue a career in singing so she is living her dream by seeing Thamiraa performing on stage and various other platforms. She has lost several times but her mother has stood by her through thick and thin. Thamiraa wants to live her mother’s dream and fulfil her grandmother’s wish by putting up a strong fight and delivering her best performances.

Interestingly, Thamiraa is a big fan of Ilayathalapathy Vijay and has developed a fondness for acting as well. Thamiraa says that victory is not easily achievable but she won’t give up without putting her best foot forward. Who is your favourite contestant of this season of Sa Re Ga Ma Pa Seniors Season 2? Let us know in the comments below!

If You Wish To Buy Sarees Like Sembaruthi's Akhilandeshwari, Head To These 5 Places